**LATEST**
small Tokyo
a new book, edited by Darko Radović and Davisi Boontharm, was published by Flick Studio and IKI
This bilingual collection of essays brings together the results of urban and architectural research which, from a variety of angles, focuses at one aspect of urban character of Tokyo, the surprising and seemingly contradictory juxtaposition of its essential bigness – as the largest city in the world, and an ubiquitous smallness – of urban spaces, architectural objects and practices which constitute everyday realities of Tokyoites.
small Tokyo aims to contribute to theorising of that apparent incongruity, by addressing a variety of expressions of smallness as, simultaneously, (1) the broadest attitude, an expression of a particular way of being, (2) a culture-specific practice, and (3) a distinct physical reality which contributes to the uniqueness of urbanity of Tokyo. The book is equally addressed to the locals and foreigners. Its footing in research invites specialists, while style makes it accessible to general public. 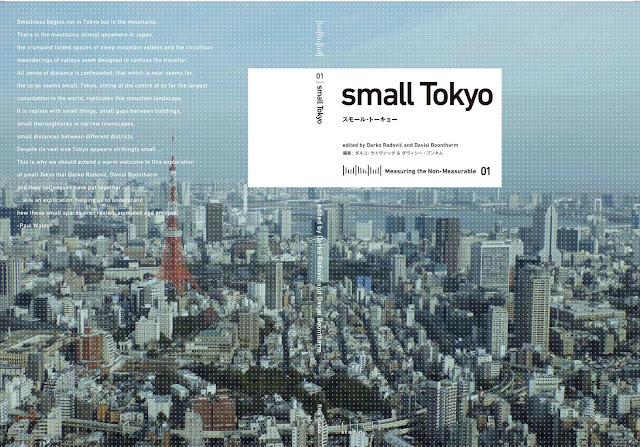 The projects presented as small Tokyo were all conducted by foreigners with established interest in Japanese built environment and culture. The authors come from ten countries and four continents (Australia, Asia, America and Europe), and bring a variety of academic backgrounds, which include geography, urbanism, landscape architecture, architecture, ethnology, cultural studies. The Preface was written by Paul Waley. The book opens with edited fragments from conversation between distinguished architect Kengo Kuma (University of Tokyo), famous urban historian, Hidenobu Jinnai (Hosei University, Tokyo), and Darko Radović (Keio University, Tokyo) which sets the stage of small Tokyo. The next segment opens the main body of the book. In “Unzipped Tokyo Language, Body, Architecture”, Liotta playfully relativizes and positions the issue of smallness. Slater’s first hand account of the post-earthquake crisis follows, providing a fine, intensely human and critical contextualization of the key issues: Tokyo in the times of multiple crisis.
Third part is the Pandora’s box of small Tokyo. In her understated, poetical tone, Jonas turns our attention towards one commonly overlooked, disparaged, but critically important form of urban life. She explains how weeds make a surprising contribution to biodiversity of the megalopolis. Niijsink presents an exploration of urban morphology of an old and rich Ginza, and explains the messages embodied in its, for Tokyo unusually regular, urban structure. Almazán opens the labyrinths of yokocho, modest in size, but experientially rich eating and entertainment areas where all senses get provoked. Boontharm explores multiple urbanities of Tokyo, with emphasis on creative milieus and nodes of intensity where fashion and reuse intersect. The miniscule size of those nodes belie their contribution to overall culture of the city.
Rahman adds to the theme of ecological diversity by introducing its multiscalar character. Her analysis of parks, with an accent on the importance of the smallest amongst them. Worrall’s essay brings back the yokocho, only to venture deeper into rich spatial and experiential labyrinth of Kichijoji, confirming the critical contribution of “high resolution urbanism” to an overall urbanity of the metropolis. Imai follows by expanding the theme of ecological niches towards some fine cultural ecologies, reaching into the finesse of specific nodes of creativity which add to the fame of Nezu and Yanaka. Aneglidou takes the topic of creativity inside, into some of the famous galleries of Tokyo, and discusses their creative strategies to both present the cutting edge design, and to survive in the climate which favours big and glitzy.
Part four ends, but was not aimed to conclude the volume. Its draw the attention to threats to small spaces and practices that make Tokyo – Tokyo. Radović’s essay invites the reader to recognize dangers of unrestrained overdevelopment which destroys the fine fabric of cultural diversity in Tokyo, and all around the world.
The Editors' thanks go to technical assistants, Dr Heide Imai and Takashi Takei, and the support team (PhD students Milica Muminović, Pega Sanoamuang, and Bojan Končarević), without whose committed work the undertaking would be impossible.
Very special thanks go an excellent technical editorial team: flick Studio (Shinya Takagi and Takako Ishida), Studio Seto (Mie Arioka), graphical design team Tokyo Pistol (Tomofumi Yoshida and Kensaku Kato), and our production coordinator, Ms Kumi Aizawa (ichii Shoubou), for producing this volume.
small Tokyo was produced within an international research project, Measuring the non-measurable: eco-urbanity analysis of the relationship between urban densities and intensities, which is conducted by International Keio Institute for Architecture and Urbanism – IKI (2011-13) and supported by the Japanese Ministry of Education and Training Strategic Research Grant. Keio University, International Institute for Architecture and Urbanism, IKI and co+labo Radović provided supportive conditions for work on production of the volume.

Over the last three years, he has given an excellent contribution to our laboratory, both as a student and then as an Mn'M Technical and Research Assistant.

We all thank Takei-san for being a true co+labo member, and we wish him all the best in his professional career, with excellent Mt Fuji Architects 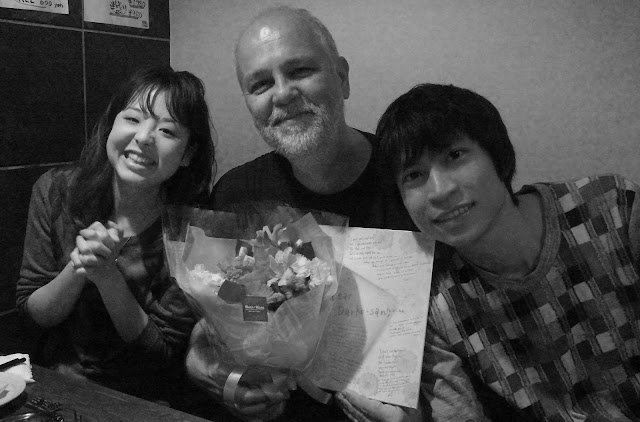