co+labo radović research continues within the Football World Cup Festa organised by the Embassy of Brazil in Tokyo, where we have set up our fieldwork cupboard within the Pavilion, designed specially for this occasion by Shigeru Ban Architects. Saturday 5 July was a particularly busy day, with many supporters braving the rainy Tokyo morning to celebrate another Brazil win at the World Cup - and thus helping co+labo students do a very good job, collecting public opinion about the impact of the great sporting events on public life and public space. The Japanese and Brazilian media were covering the event. The Ambassador or Brazil in Japan André Corrêa do Lago, a renowned connoisseur of architecture and the curator of the Brazilian Pavilion at the Biennial di Venezia 2014 took time for a chat with co+labo students.
What we are doing there is, of course, only a part of the much larger event. The Embassy has released a programme of activities for the next several events - one of which is co-organised by co+labo radović (highlighted red, below). If you have time - please join us there.
- July 7th, 18.00 “Modernity as Tradition”, informal talk by Ambassador André Corrêa do Lago on Brazilian architecture + GA Houses launch.
Ambassador Corrêa do Lago acted as curator for the Brazilian Pavilion at the Venice Architecture Biennale 2014. He will share his views on the singularity of Brazilian architectural identity, that does not build on ancient traditions, but rather creates a widely recognizable modern architecture that is THE Brazilian architecture. Following the talk, GA Houses will present its two editions featuring contemporary Brazilian residences.
- July 9th, 12.00 “Wasteland” (“Lixo Extraordinário”), documentary, directed by Lucy Walker.
WASTE LAND follows renowned artist Vik Muniz as he journeys to his native Brazil and the world's largest garbage dump, Jardim Gramacho, located on the outskirts of Rio de Janeiro. There he photographs an eclectic band of “catadores”—self-designated pickers of recyclable materials.
- July 9th, 18.00 “Global Sport Events and Quality of Urban Space – from Brazil World Cup 2014, to Rio Olympics 2016 and Tokyo Olympics 2020” Seminar, moderated by Professor Darko Radovic (Keio University).
Global sporting events, such as Football World Cup and the Olympic Games, invigorate discussion about huge number of issues. The impact of those events is enormous and their capacity to provide lasting legacy is widely recognised as one of key drivers to facilitate change. In those discussions, everyone speaks about architecture, about the size, the cost, the aesthetics of buildings but, when it comes to true legacy of those events, the building are only part of what they produce. The longest lasting quality is that which addresses public interest and improves the lives of everyone.
The discussion will be structured taking into account the opinions of the visitors of the  World Cup Pavilion (collected by Keio University co+labo radović).
- July 11th, 17h00 "Brazil: Designers and brands to watch” presentation, by Designer Mateus Bagatini, Questto|Nó, a Innovation and Design office based in São Paulo Brazil. 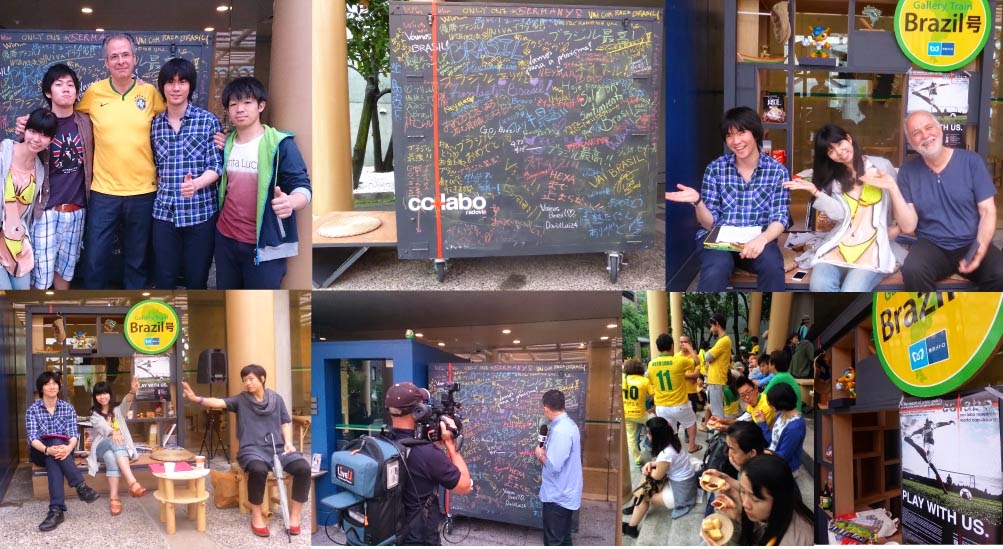 Posted by MIAW studio Radović at 9:46 AM No comments:

As we informed the readers of our blog before, following the success of co+labo radović research pavilion in Jiyugaoka, we were invited to join the Football World Cup Festa organised by the Embassy of Brazil in Tokyo. We have set up our fieldwork cupboard within the Embassy's World Cup Pavilion, designed specially for this occasion by Shigeru Ban Architects and, over the next week, co+labo will be collecting opinions about the transformative capacity of global sporting events to make our cities better. The data will be used to open a discussion evening, co-organised by the Embassy and co+labo radović on 9 July, under the title  Global Sport Events and Quality of Urban Space: from the Brazil World Cup 2014, to Rio Olympics 2016 and Olympic Tokyo 2020.
If you are in Tokyo these days, please visit the Embassy Pavilion, enjoy the World Cup at that piece of Brazilian territory in Japan and help our research by giving us your opinion and ideas about those themes. If you are around on Wednesday evening, call the Embassy to book your place in discussion room and - see you there! 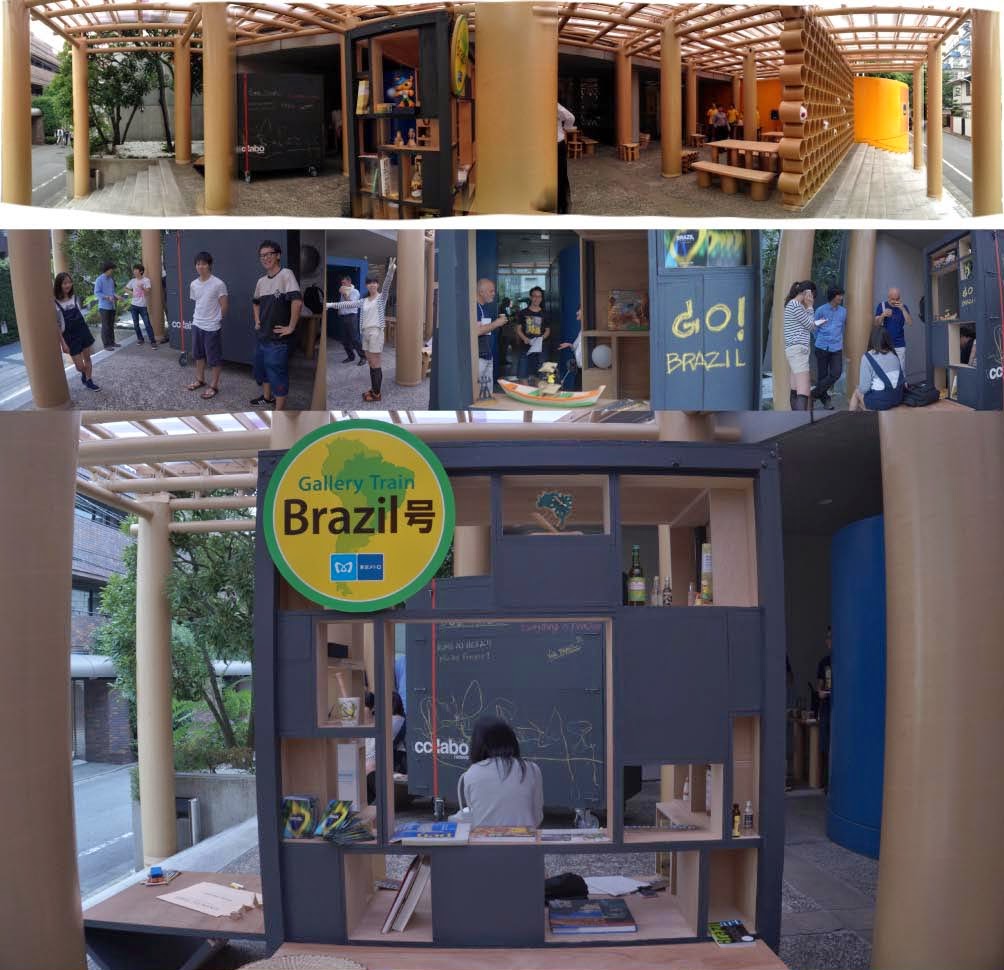 Posted by MIAW studio Radović at 8:12 AM No comments:

Antonella Colistra, our first exchange student from Politecnico di Milano's ABC, has completed her semester at co+labo Radović. She is going back to Polimi, to complete and defend her Masters Thesis in September. During her short three months at Keio, Antonella's contribution to various co+labo activities was great. She was involved in our urban research cupboard fieldwork sessions, organisation of the Urban Quality Symposium, co+labo Hokkaido Barn House design team and participated in a number of other activities. She was a great ambassador of Politecnico di Milano and her Professor, Marco Imperadori, the Vice-Rector for the Far East, and at Keio she leaves a number of new, good friends.

Posted by MIAW studio Radović at 7:20 PM No comments:

Architect Sano Satoshi (right, on the photo below), a member of co+labo since the laboratory was founded in 2009, and his architectural office Eureka have received a prestigious, High Commendation from Architectural Review, London. The High Commendation was awarded to one of his recent excellent projects, Dragon Court Village in Aichi Prefecture, Japan. Sano-san is at the very heart of co+labo, involved in technical management, teaching, design-reserach and research, with generous dedication and talent which are helping nurture design excellence at co+labo.
Congratulations, Sano-san!

Posted by MIAW studio Radović at 7:05 PM No comments: