In late June, Darko Radović gave a key-note address at the International Conference Past, Present and Future of Public Space. The Conference was organised by City Space Architecture and masterfully chaired and managed by Luisa Bravo and her team at the University of Bologna. The paper entitled Public-private Interface? The challenges from Japan, Asia and the times of Globalisation (see an abstract and illustrations below), was delivered in the amazing space of the Stabat Mater Hall, the illustrious history of which still resonates with the sounds of Gioacchino Rossini's music, initially performed in that very room in 1842, conducted by none else but Gaetano Donizzetti. And, that is only one, "small" segment in the history of lectures, debates and performances which are enacted in that space since 1563, when the Archiginnasio was open to public. (Measure that!)
The invitation to present co+labo research in that shrine of higher education, along with rich discussions that followed the key-note provided strong inspiration to persist with our investigations of the most precious spatial qualities across cultures and scales. 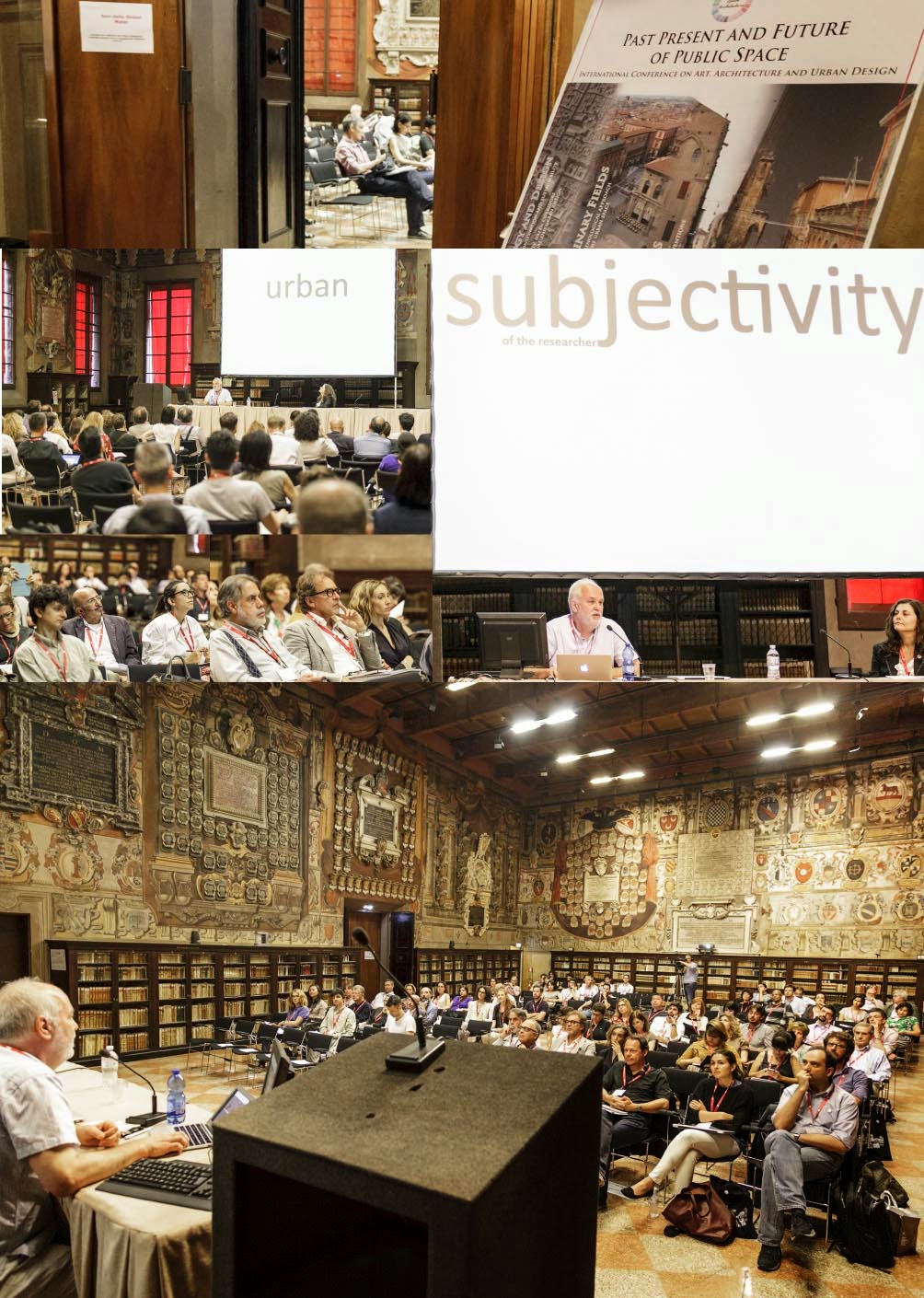 
This paper presents fragments of an investigation into the concept of urbanity across cultural boundaries. It is deliberately 'polemological' as, in de Certeau's way, it aims to open and offer to discussion a set of contentious issues, all in hope to “force theory to recognise its own limits”.
In the first segment, it presents an investigation of spatial relationships between public and private realms in Tokyo, focusing at the questions arising from the fact that Japanese language does not have a word equivalent to the term “public” - which indicates the absence of, or at least an unusual situation with the concept of public. That opens a number of themes linked to globalisation, the processes of which usually take many concepts, including that of public sphere, as universal. The ensuing set of themes make the second segment of the paper, exposing the conundrum of (dis)appearance of public, or equally dramatically that of private quality in a globalised world.
The third part of the paper does not aim conclude, but to open the discussion by presenting some of the methodological propositions, results and current attempts towards exploration of public/private interface conducted within the major research project Measuring the non-Measurable (Mn’M) at Keio University, Tokyo (2011-14). The outcomes of the project suggest that, as in life sciences, urban research needs new frameworks capable to embrace the non-reductive, methodologically inclusive study of whole systems. That means a much-needed radical departure from current reductionist orthodoxies and includes recognition and multiplication of subjectivities, an appreciation of the fullness of human multisensory experience, and celebration of diversity and difference generated by concrete social and physical contexts of each urban situation. The presentation is illustrated with examples of innovative methods tested within Mn’M which, as in Kenzo Tange’s definition of good design, sought dialectical synthesis of tradition and anti-traditionalism (eg. Debordean dérive and the latest in EEG “visualizations of thought and thinking” ).
Several slides from Darko's presentation:

Posted by MIAW studio Radović at 1:41 AM