co+labo radović   Raymond Lucas from the University of Manchester, Architecture@co+labo

On Tuesday, 9 May 2017, during his first visit to co+labo and Keio University, Professor Raymond Lucas, who heads Department of Architecture at the University of Manchester, delivered a research seminar addressing one of his favourite research topics, Graphic Anthropology, which is closely related to some of the recent work at co+labo.
The seminar focused on Namdaemun market in Seoul, and also draw on studies of Dongdaemun and Noryangjin (Seoul), Seomun (Daegu), and Jagalchi (Busan) amongst others.
Lucas started from recognition that one of the most important aspects of design is a deep study of the context, that the tools we have for such analysis are robust, and that we recognise the differences between the impression given by a section, a plan, or a parallel projection, and then he asked:  What, then, if we add sensory notations (Lucas 2009, 2010), movement notations (Laban), and agency diagrams (Gell, 1998) to our understandings?  What further information can we yield from the context, either as a precedent to be understood and replicated, or as a site for intervention.
Namdaemun Market was discussed as a precedent for socially produced, cooperative architecture. That market in central Seoul is a general market selling a wide range of everyday goods in a variety of ways, demonstrating a full range from the most informal vendors through to a small number of chain store outlets.  This range encompasses a form of socially produced architecture where market stalls are simultaneously in competition and cooperation with one another, all the while adapting and refining the fabric of the market as an iterative design process. This represents an ideal example for an architecture which fully recognises the value of anthropological theories and approaches: but with direct reference to the needs of architecture as a discipline.  Anthropology has a number of sub-disciplines including visual anthropology and design anthropology, both of which are close to - but not quite able to consider architectural issues and contexts.  As such, we need new ways to access the social data available through anthropology such as the developing methodologies of graphic anthropology: deploying drawing, diagramming and notation in a more comprehensive manner as ways of describing and of knowing the spatial data important to architecture. 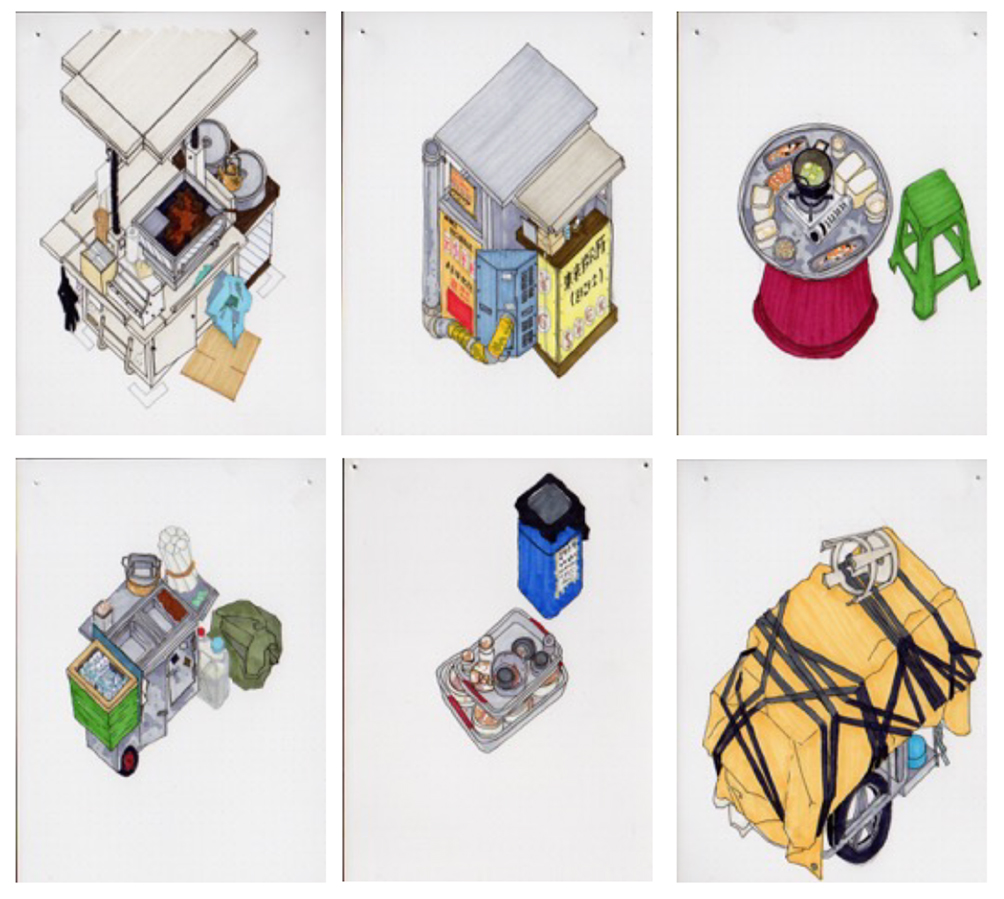 This approach is informed by anthropologists Alfred Gell (1998), Tim Ingold (2013), Theodore Bestor (2004), and Wendy Gunn (2013); as well as the work of other theorists in including James Gibson (1986), and Otto Bollnow (2011); and posits a retroactive manifesto for Namdaemun Market in the manner of Rem Koolhaas’ (1994) famous formulation for Manhattan.

Posted by MIAW studio Radović at 4:12 AM