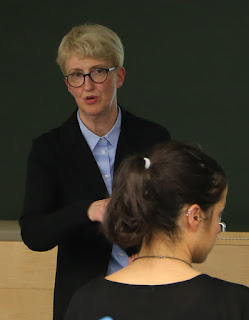 Alison Young, the Francine V. McNiff Professor of Criminology at the University of Melbourne, School of Social and Political Sciences is back at co+labo, this time not only to deliver a lecture but to involve some of our student in her latest explorations of Tokyo and its urban atmospheres. Here is what she says for colaboradovic blog: "For a number of years I have been researching the ways in which illicit place-making cultural practices, in cities such as London, Melbourne, New York, Tokyo, Berlin and Paris, have been regarded as social problems to be contained and controlled. This primarily centred on legal, social and cultural responses to graffiti and street art, as well as trying to understand the objectives, motivations and experiences of individuals engaged in illicit street art and graffiti. Such research presents challenges for data collection and analysis, ethical issues relating to the interviewing of people engaged in illegal activities, and for the documentation and interpretation of places that are sometimes hidden and sometimes public, and which are constantly changing. My recent investigations have expanded from this to examine a broader landscape of contestation around the production, maintenance and regulation of certain urban environments and ‘atmospheres’. In this talk, I’ll discuss two specific research projects on which I am studying different kinds of atmospheres and environments. The first relates to the ways in which the built environment and the street are used by individuals experiencing homelessness, and relates to a project conducted in Melbourne in 2017.

The second involves the relationship between institutions of criminal justice, such as police stations or prisons, and their urban locations. Here I’ll speak about developing and carrying out research in Japan on the atmospheres and environments of the koban, or ‘police box’. I’ll discuss a small pilot study of koban conducted in Tokyo in May-June 2018, and being expanded and developed during my visit to Keio University. In relation to both projects, I’ll focus on questions of ethnographic method activating concepts such as ‘assemblage’, ‘atmosphere’, and ‘encounter’."

Parts of Alison's research will be presented in two research seminars, at the beginning (photo above) and start of her visit, and in a special guest lecture within Darko's course Theories of Architecture and Urban Design (photo below). In her research fieldwork Alison will be assisted by a group of co+labo students, coordinated by Sanja Zonja, who investigates similar themes.

Posted by MIAW studio Radović at 2:02 AM