The Klis Case  co+re workshop has started on Saturday, 12 September, in real spaces of Knežev Dvor of the Fort of Klis, with welcome and detailed introductions by coordinators, Professors Neno Kezić, Darko Radović and Davisi Boontharm. The opening lecture, "The Brief History of Klis" was delivered by Dr Ivan Alduk, an archeologist who specialises in history and excavations of the Fort and surrounding areas. 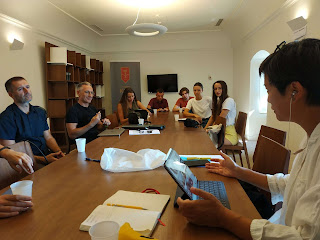 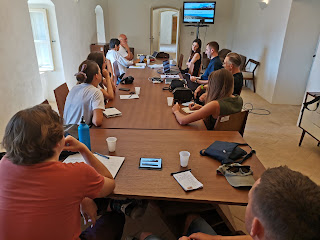 The focus of the Workshop is on two strategic areas, as suggested by Mayor Jakov Vetma:

Markezina Greda (the Marquez’s Beam), located in the Northwestern section of the Klis area (with archeological remnants from to 5-7 century CE) which towers over the 339 m high Fort by 234 m. It became a popular challenge for experienced rock climbers, rewarding them with majestic views over the Fort, Klis, Solin, Split, Adriatic Sea and its many islands.
Kamenolom Klis Kosa (the Klis Kosa Stone Quarry), located on the slopes of the Southeastern hill, covers a vast area 350m above the sea level. Controversial due to invasive mining which affected geological situation of the spring of Jadro River, the Quarry is likely to cease its operations in near future. That opens this huge and brutally scared site to planning and design imagination, to fine critical and creative, programmatic and formal investigations – from territorial to architectural scales. While themselves important, these two sites will also facilitate thinking about the Klis region as a whole, feed interdisciplinary explorations, and help the Klis Case identify other places and practices that could be addressed within the project. Topographically demanding, the sites of Klis provide an arena for innovative coordination of planning, territorialism, urbanism, urban and architectural design, civil and other engineering, and their creative and inspirational synthesis. 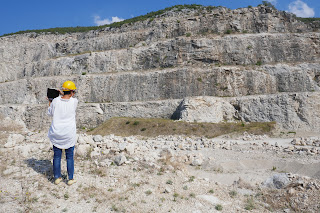 The rest of the day way led to further immersion into the new ways of work and use of resources of which we were reminded by Coronavirus - real-life communication between the on-cite and on-line team members, drone recording, live exchange of ideas across four continents.
On Sunday simultaneously in the morning (Japan and Australia), afternoon (Croatia, Italia, Slovenia) and in the middle of the night (Ecuador), the intensive programme of workshop inputs continued with mini-lectures by Darko Radović ("On Intangibles, and the rest"), Ray Lucas ("Why I Draw"), Bratislav Gaković ("Scar and Scale"), and Rafael Balboa ("On Connectivity, Metamorphology and Creative Thinking"), followed by discussions. After the break, students presented first results of their investigations, elements of analysis and initial ideas where all that could go. 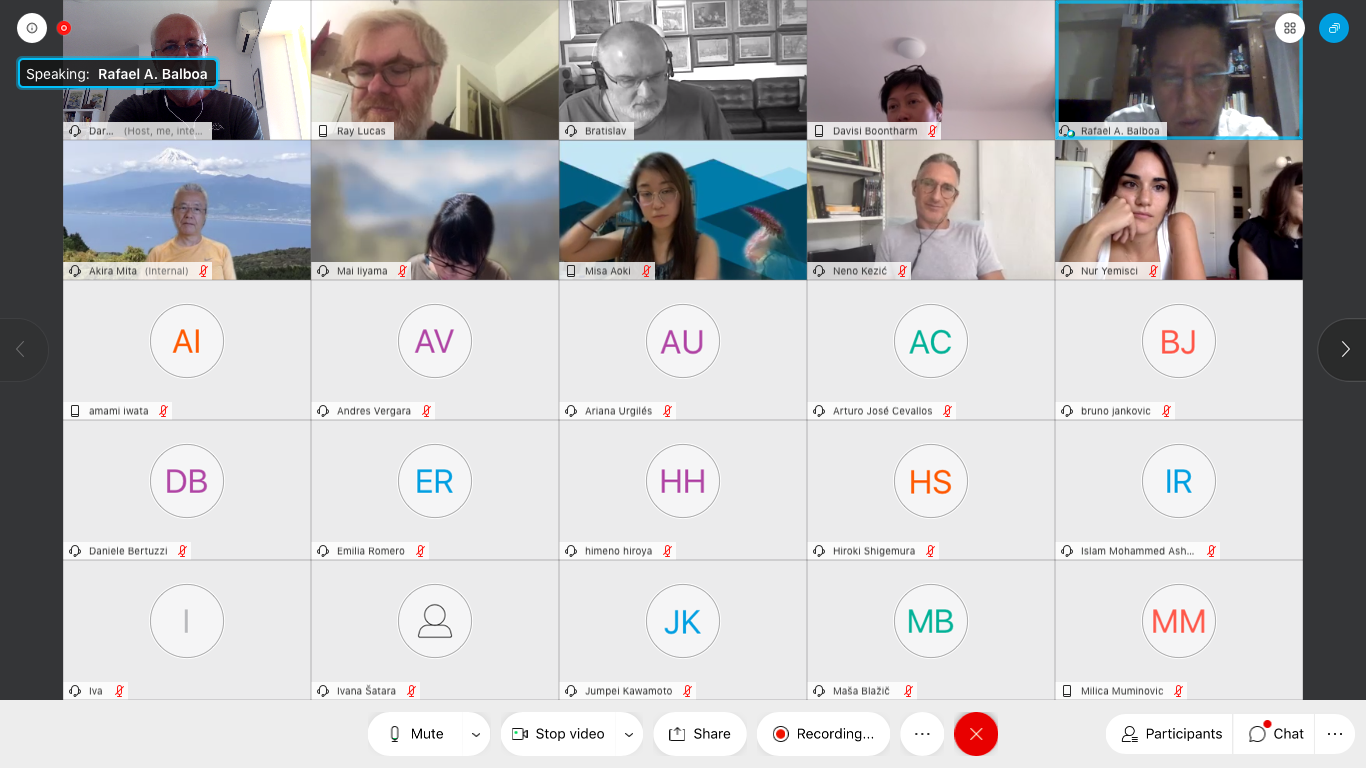