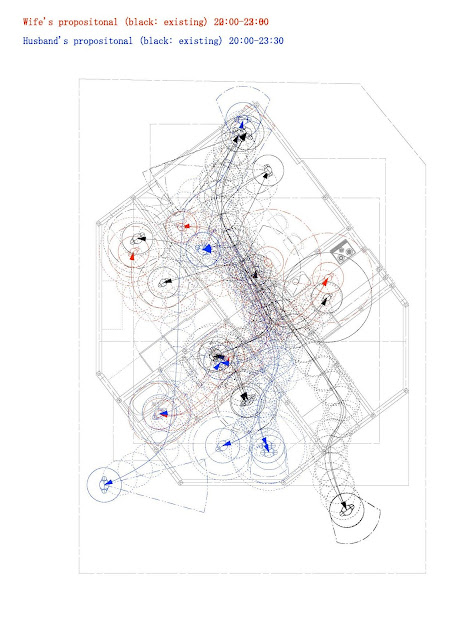 The series of TAUD guest lectures continues with presentations by two inspirational architects and long-standing co+labo associates - Tamao Hashimoto and Tetsuo Kondo. Tamao-san, after his successful work at Geidai, recently joined Nihon Fukushi University. In his work, he focuses on a notation of the city, based on the scale of the body/directness "explores a way for celebrating our everyday life. In this case, the celebration means kind of the representation, the mediation, and the configuration of architectural /urban space twisted together with our daily routine, which looks like same repetition but there are quite diverse and overlapped rhythm physically & socially." At the scale of the body/directness, in his own words, Tamao "mainly tries to deal with choreography of movement, as a key term for representing architectural/urban situation, and at the scale of the architecture, he is tying to mediate a series of territorial conditions with spatial configuration of architecture. And, at the scale of the city, even though it’s still conceptual, he keeps describing a series of eccentric, conflicted, and peripheral conditions of the relationship between physical and social structures of the city." In his practical design, Tamao has adapted a method of mapping the city, such as trajectory, time-geography, and personal space, onto residential design process (left). And, in his design-research, he starts to deal with facility of mental disability, "which might be key for figuring out hidden essential relationship between object, human, and design, without reducing purposive affordance. Since Modernism, specifically speaking, since Alexander Klein described the circulation of human movement inside of a house around 1920, by following Taylor system, the circulation of human movement has been kept as a static/linear relic of lived experience of everyday life. From the point of view for tackling those situations, this work tries to invent for notating conceived, perceived, and lived spatial experience onto the static/linear relic of that."

Tetsuo Kondo who, after seven years at SANAA, since 2006 runs his own Tetsuo Kondo Associates, will address TAUD students live, focusing on the theme of "Architecture and people" as addressed in some of his latest projects, such as Inujima Hoppy Bar and Shichigahama (below). 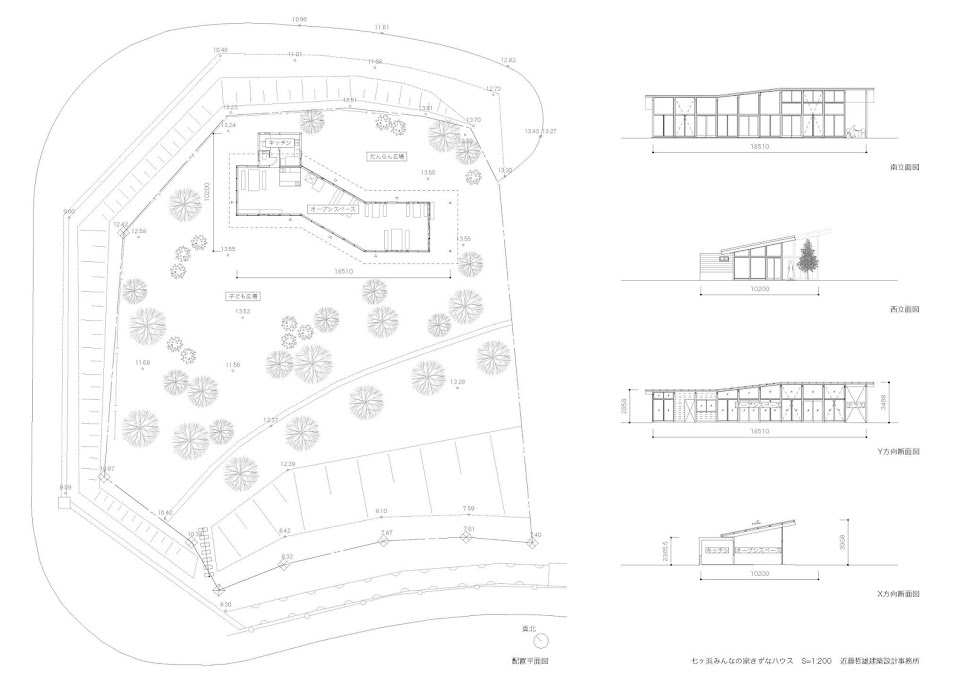