co+labo radović   Urban Thinkers Campus in Alghero - "The City We Need: City Open for Art"
Urban Thinkers Campus ”The City We Need: Open for Art”,  held in Alghero, Italy, 18-2-.2. 2016, was  part of preparations for the Habitat III campaign “Towards a New Urban Agenda". The Campus onceived as an arena for innovative, critical multidisciplinary thinking, and Darko was invited to give an opening key-note address there. His well-received talk, entitled "Towards not measuring the measurable: about the ways of seeking, sensing, perhaps discovering, sharing and making ... 'IT'" presented some of the conceptual thinking which frames  research at co+labo radović, and illustrated it with some of our recent and current work.

The presentation offered to discussion three contentious issues: the need for cultural specificity in the times of globalisation, the need for non-reductive approaches to investigations of the urban, and the need for explicit inclusion of subjectivities and sensuality in urban research. It was polemological in its tone as, in de Certeau's tradition, Darko hopes to help “force theory to recognise its own limits.” The opoening position was Henri Lefebvre reminder that, in order to address the urban, we need to think its spatiality as simultaneously l’espace conçu, l’espace perçu, and l’espace vècu, as directly lived. Lived in its fullness. Nothing less than that.
An immoderate oeuvre.

The Campus provided a plenty of opportunities for discussion, to which Darko and co+labo associate Professor Davisi Boontharm gave their contribution.
Besides the key-note and discussions within the UTC, Darko was asked to deliver a PhD seminar, as part of the architecture and urban design programme of the University of Sassari. 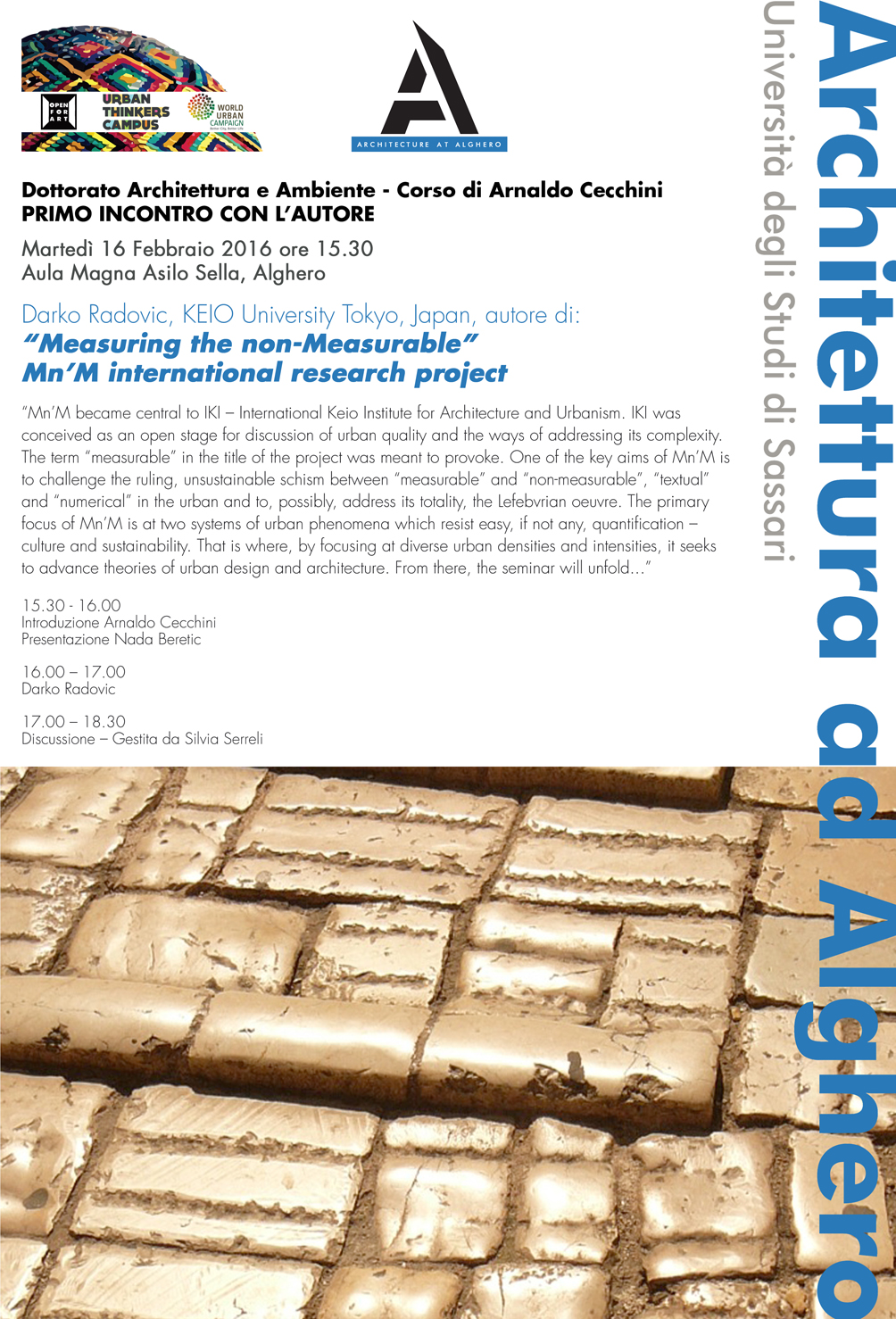 Posted by MIAW studio Radović at 9:03 AM