Ken Akatsuka, a co+labo M2 student, has won first prize at the Central Glass International Architectural Design Competition
The Central Glass Competition is an institution with long tradition. Since 1966, many of the CGS awardees became well-established and recognised architects, starting from with the very first winner, Kan Izue (later the 10th president of the Japanese Architects Association). The juries regularly include the internationally most prestigious Japanese architects, such as Riken Yamamoto, Taro Ashihara, Hiroshi Naito, Kengo Kuma.
In response to the 48th CGS theme of Bringing Urban Environment into Architecture, Akatsuka-san and Inoue Gaku (from Almazán Laboratory) co-authored Urban Radio Caravan, a scheme which proposes construction of a temporary radio station, which would be moving from city to city in the northern part of Africa. The station would absorb urban complexities of its context and contribute to development of stronger communities in the cities which are facing numerous problems caused by rapid urbanisation. 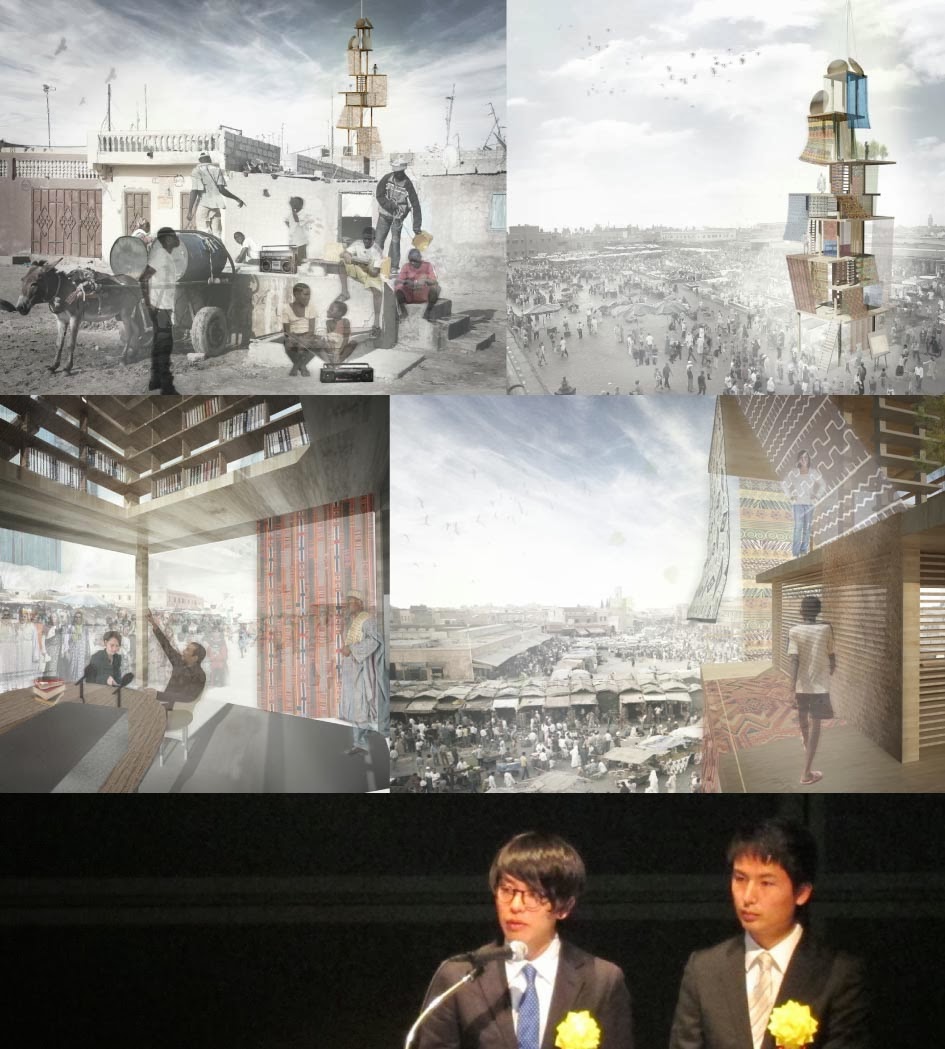