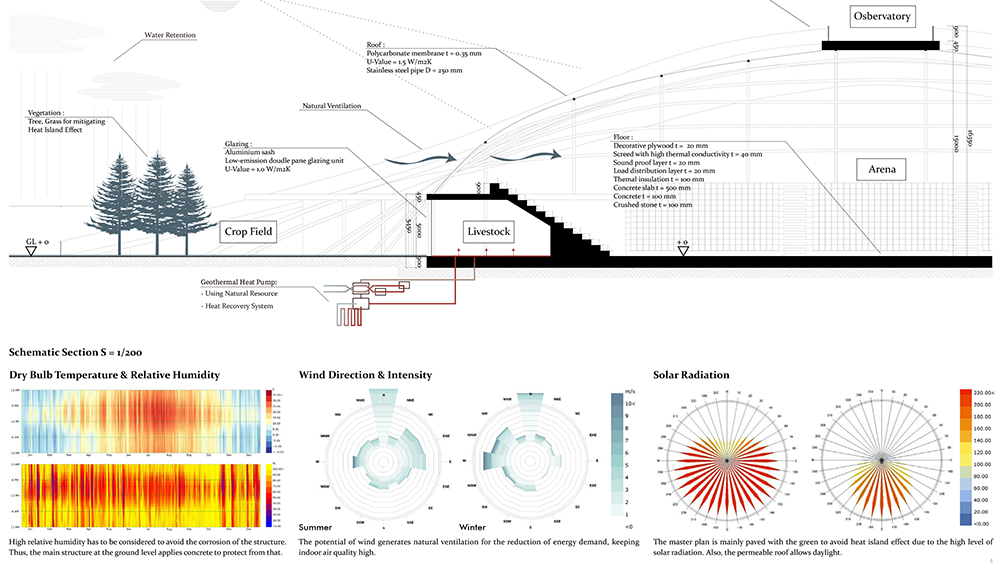 A team of three co+labo students, Yang Xuang, Yamashita Shoei and Mori Yuki have decided to enter the “Sport Citadel” Competition for Young Architects, and managed to reach the finals. The competition Brief, declaring that “a sport arena is an ancient gesture […] which is balanced between function and theatricality”, asked for design of such “architectural gesture” that would be capable to generate and support high quality of urban life. 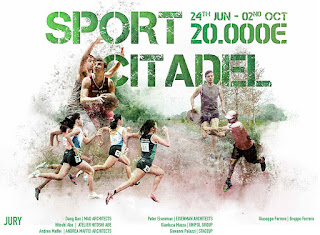 In response to that request, Xuang, Shoei and Yuki-san proposed a comprehensive green plain for the site of Mappano, as the future heart of revitalization process, which would be generated by integration of new, local sporting facilities into the daily life of the nearby city of Torino. Their project proposed reinterpretation of old civilizing processes, exploring how the sports culture could become a driving force for broader urban regeneration. In their vision, the sports will not offer only competitive and spectator-oriented games for passive audiences, but provide incentives for healthy and active lifestyles to the locals. Their arena blends into the landscape, evoking the forms of the Alps in the background. Its permeable borders both define discrete activity zones and keep them integrated, stimulating a variety of possible interactions between sport, recreation and other activities to emerge - which, significantly, include urban agriculture and farming. At architectural scale, the proposed permeable polycarbonate roof keeps the interior and natural environment directly related, while enabling substantial energy savings. In that way, the arena promises to become a place where various urban activities will melt and produce quality that reaches beyond simple local cultivation.
A truly outstanding international Jury included Peter Eisenman, Hitoshi Abe, Gianluca Mazza, Giuseppe Ferrero, Giovanni Palazzi, Dang Qun, Andrea Maffei. 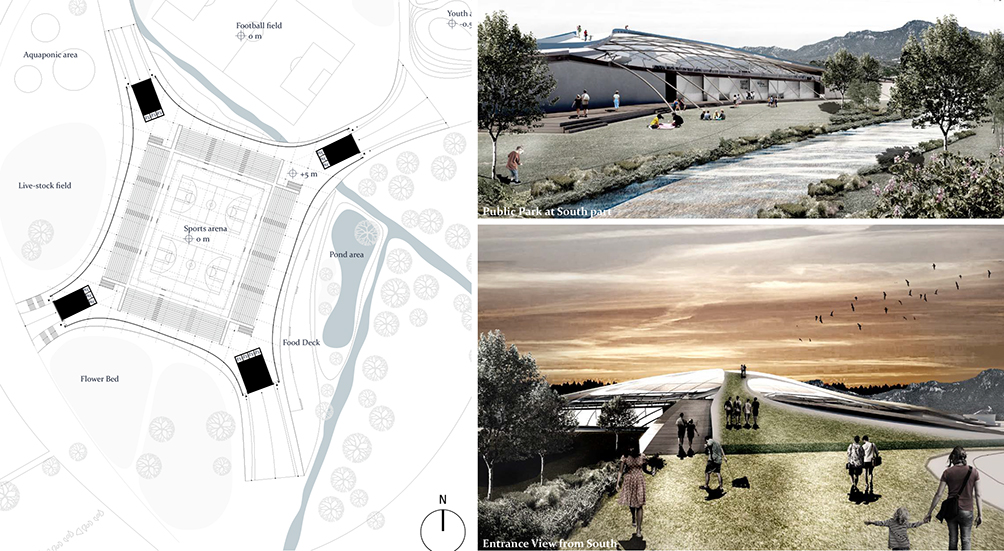 Posted by MIAW studio Radović at 2:21 AM 9 comments: