Darko Radović and Davisi Boontharm have delivered their key-note addresses at the Streets for 2030: Proposing Streets for Integrated and Universal Mobility, which was held on 23 and 24 September 2020 at the University of Ljubljana, Urban Planning Institute of the Republic of Slovenia and - reflecting the zeigeist - online. Darko's talk, entitled "When we think about streets, we are always thinking about something else", introduced some of his current work and, together with Davisi's "Capturing the Captivating Streets", charted the key ideas in the making of their co+re platform for strategic thinking making and living better cities. Rich follow-up discussion included the third key-note speaker, Dr Luka Mladenovič and co-chairs, Professor Alenka Fikfak and Dr Matej Nikšič.

The title of this presentation paraphrases an argument, most likely formulated by Felix Guattari, that “when we think about cities, we are always thinking about something else.” I use it to point out how streets encapsulate many of the key aspects of what the urban is all about, its ultimate complexity. Properly conceived, (re)produced and (well) lived, the streets are indicators of healthy urbanity. Such statement sounds agreeable, apart from that indeterminate qualifier – “properly” –from which numerous legitimate questions arise. For instance, what do we think when we say – street? When we gather at international conferences and utter that word – to what degree does what we meant corresponds with Dutch expectations from their straat; Bosnian, Croat, Serbian, Slovenian or Russian from ulica or улица; Italian from strada; Spanish from calle, Catalan carrer; Vietnamese đường phố, Thai ถนน, Japanese 通り, Chinese 街, Arabs شارع, Israeli גאַס, or Turks from an, again internationalised – sokak? To what degree does what sociologists assume when saying “street” resonates with what a traffic engineer, an ethnographer, an urbanist, politician or a resident who has, perhaps, grown up in that particular space may think – and feel? The examples in this presentation are mainly from Tokyo, where I frame my research to include subjectivity of lived space, my own vécu. Attempts at conciliation of my personal, external and increasingly internalised views create conflicting perspectives, hint at the variety of possibilities and degrees of entry. As Jullien puts it, when exploring cultures and thought of the Other “only crossing thresholds and ‘entering’” might be possible. Thus Japanese, along many other non-Western languages, has no words for “public”. Neither the transcribed paburiku, nor indigenous kōkyo encapsulate the true meaning. That indicates an absence, or at least (to me) a very unusual situation with the concept of public – the cornerstone of my cultural, professional and academic frameworks. How to think streets without the idea of public?! How to admit that, as Jullien puts it mercilessly again, “other cultures have shown hardly any interest” in many of our key concepts?! In this talk, my aim is to be polemological and to both, in de Certeau’s tradition, help “force theory to recognise its own limits”, and demand humility from common expert practices of solutionism. In that, I favour local criteria of excellence (as in the old environmentalist adage, critically associated with global awareness), as expressions of (also controversially untranslatable) – the right to the city. 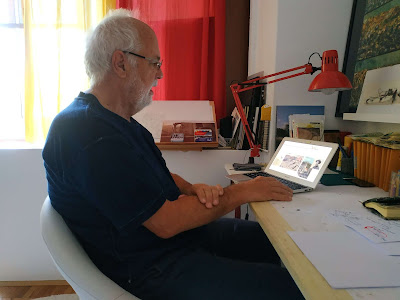 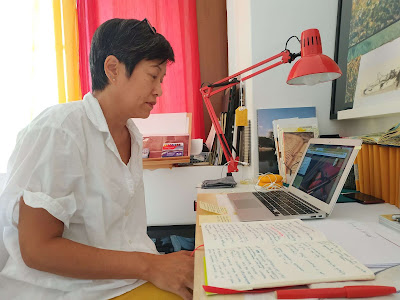 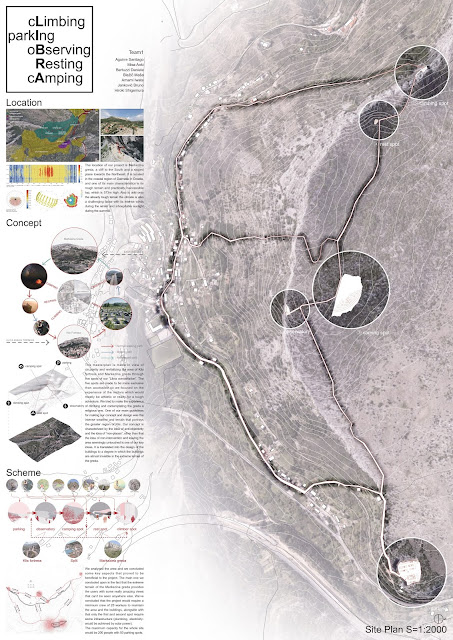 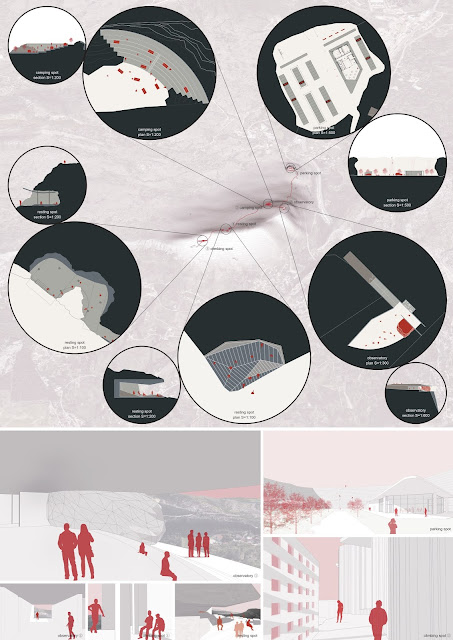 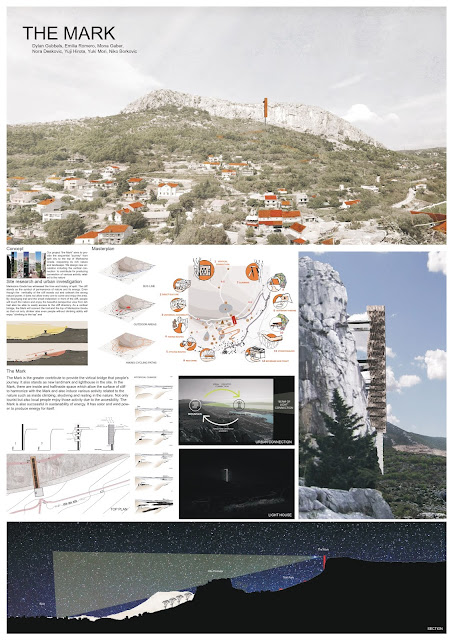 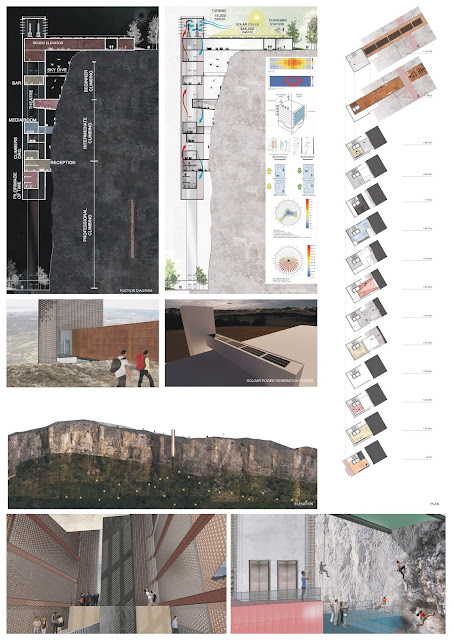 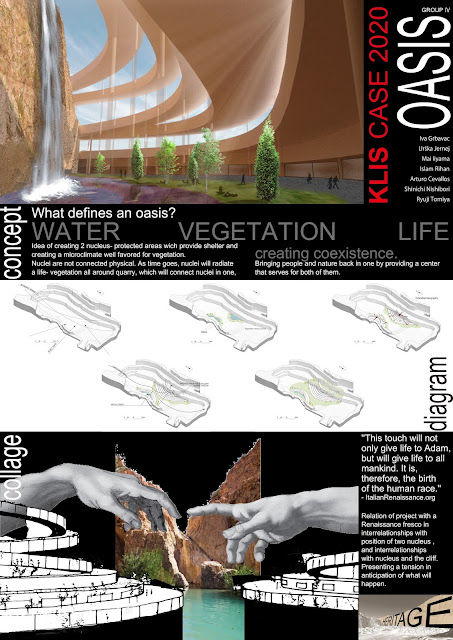 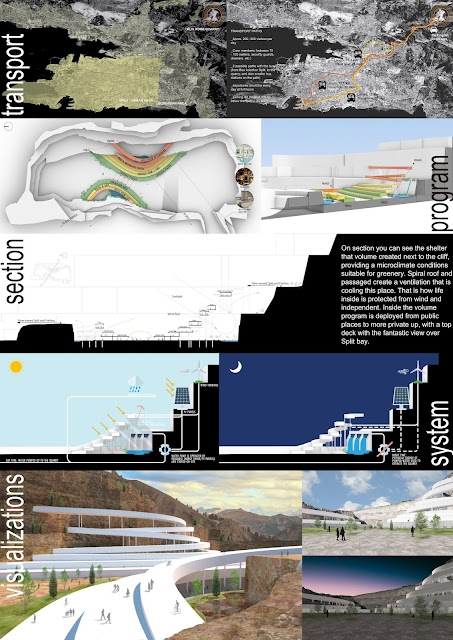 co+laboradovićinternational interdisciplinary co+re The Klis Case Workshop completed
With presentation of six planning and design proposals, which were developed over the last nine days of intensive work, The Klis Case workshop has ended. Mr Jakov Vetma, the Mayor of Municipality of Klis has joined detailed discussion which involved academics and experts whose lectures have provided the initial impulse to this intensive exercise and generous critique and advice throughout its duration - Rafael Balboa, Davisi Boontharm, Alenka Fikfak, Bratislav Gaković, Janez Grom, Neno Kezić, Akira Mita, Gabriele Masera, Ana Medina, Milica Muminović, Matej Nikšič and Darko Radović. The consensus was that the quality of works has matched satisfaction with co+re designed innovative workshopping format.