Dr Anil Thakur, a passionate researcher of the capital city of Indian state of Punjab and one of the much celebrated icons of modernist urbanism, Chandigarh, visited co+labo and presented key points of his lifelong work. Instead of providing yet another angle at the monumental part of the city, Anil's emphasis was on irresolvable complexity of the struggles which for decades keep on reshaping the residential areas of the modern(ist) capital. The follow-up discussion addressed a number of themes which will continue to resonate in co+labo - the richness and diversity of expressions of urban life across cultures,  impacts of imported modernisms on everyday life and, unavoidably, the controversies which still surround the towering figure of the great master, Le Corbusier. Darko reminded of Pierre Francastel and his point that we might never be able to say enough of good, nor bad about Charles-Édouard Jeanneret.
Anil lives in Melbourne, working on his book about the changing built environments of Chandigarh. 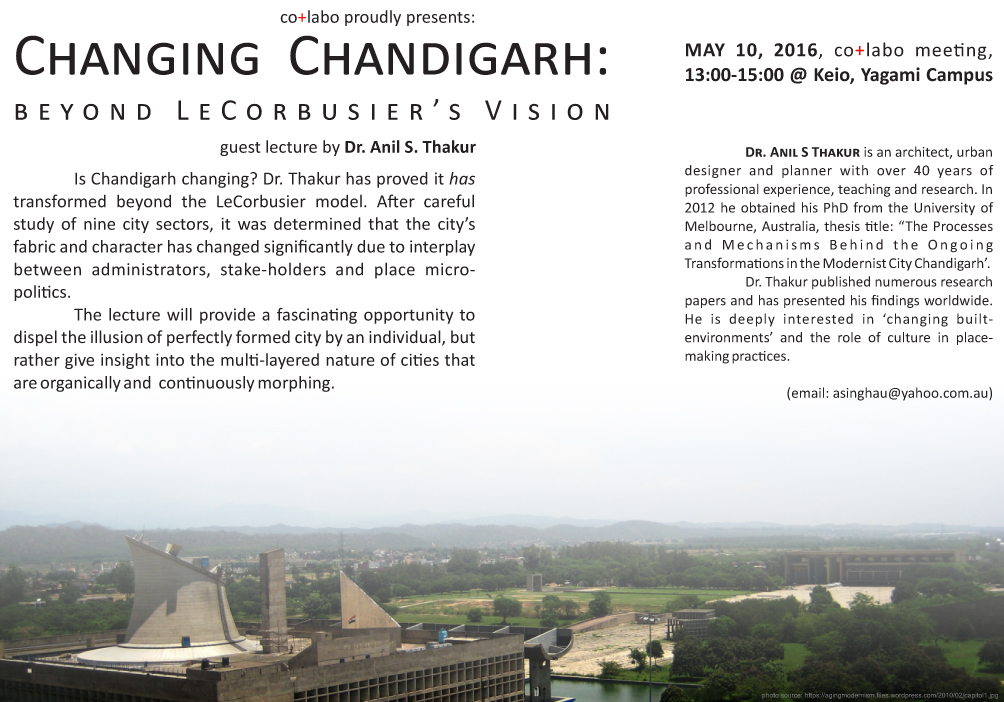 Posted by MIAW studio Radović at 1:33 AM 3 comments:

co+laboradović    glimpses into the future of Japanese architecture: new co+labo series
Within the Graduate Design Studio B, in organisation of co+labo's associate Sano Satoshi, a group selected young, up and coming architects from Tokyo will present their current projects and speak about their ideas and practice. The speakers are (27 April) Ryohei Tanaka (G architects studio), Motoo Chima (Tsubame Architects, Takuto Sando+Motoo Chiba+Himari Saikawa+Masakazu Ishigure), (18 `May) Kimitake Aoki (ARCO architects) and Tomonori Kajita and Makoto Tahara (kttm). 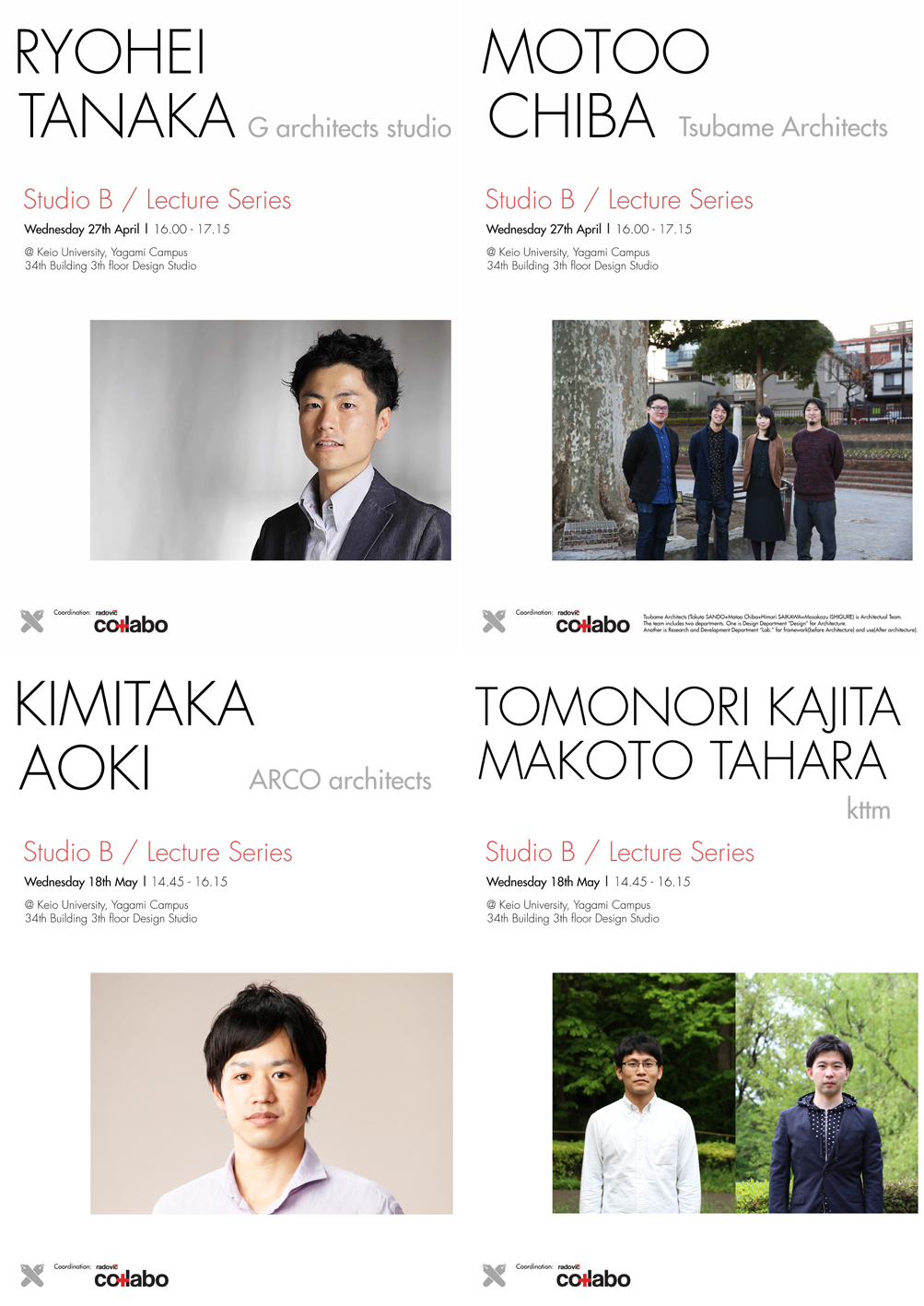 Posted by MIAW studio Radović at 3:23 AM 3 comments: