His investigations of the concepts of urbanity and sustainable development focus on culturally and environmentally diverse contexts which expose difference and offer encounter with the other. He argues that neither the path of ecological nor that of cultural sustainability can be undertaken separately, and indeed that there is no viable future without their harmonious synthesis. On that basis, he has developed the concept of eco-urbanity , which constitutes one of the hubs of his recent teaching activities and publications, and radical realism, as design praxis of eco-urbanity. Darko headed major research project Measuring the non-Measurable - Mn'M, funded by the Japanese Government's Strategic (Senryaku) Grant 2011-14, and is the member of Smart Communities project (2015-25), within which he initiated the Smart Islands research and action initiative. 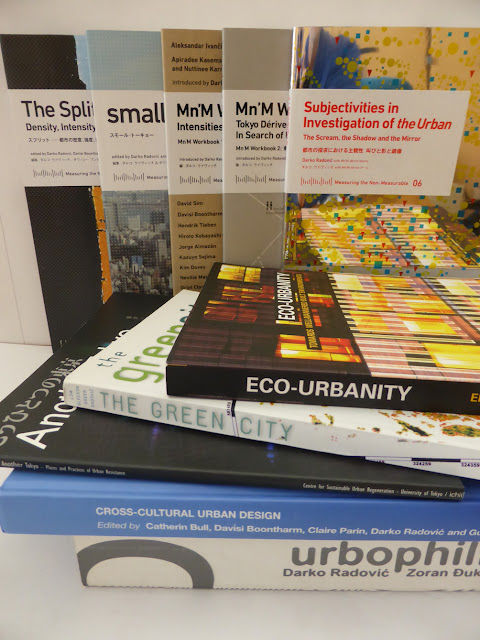 On 30 January 2015, the President of Keio University, Professor Seike Atsushi, acting on the recommendation of the Board of Councillors, conferred upon Darko Radović the title of Honorary Alumnus of Keio University. 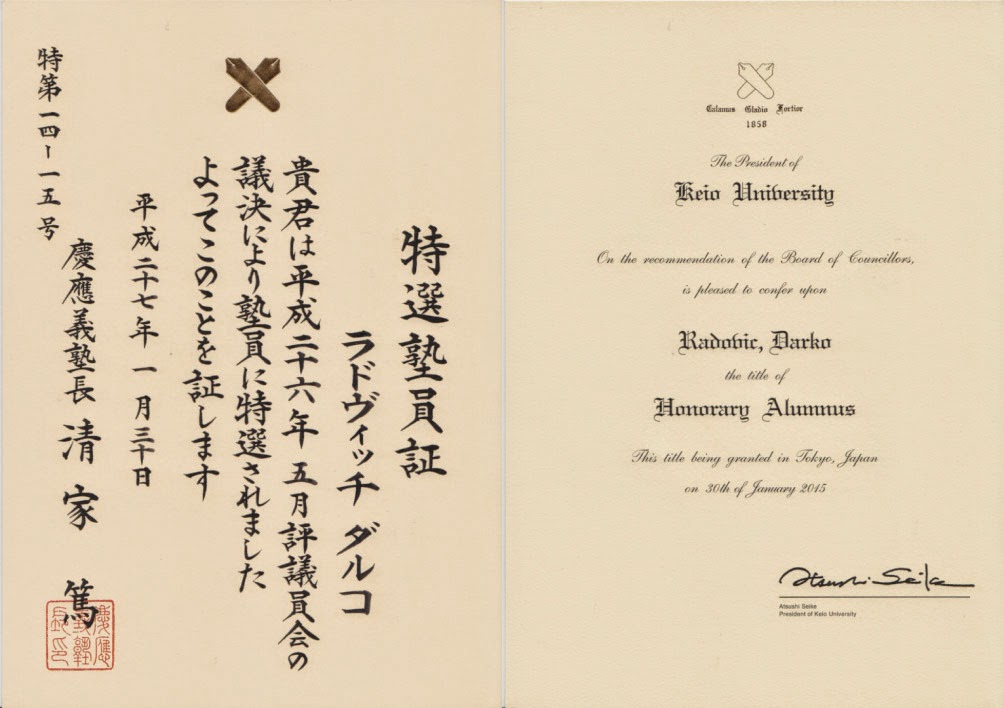