Matyas Gutai's second special lecture focused at concrete projects using the concepts of Trans Architecture, two designed by Knego Kuma and Associates and two of his own experimental project - P1 built in his native Hungary during Matyas' Postdoctoral Fellowship at the University of Tokyo, and P2 in Taipei, while he was teaching at Feng Chia University.

The lecture was followed by good discussion, confirming what Darko has stressed in his introduction - that the quality inputs can only create the possibility of a Masters level class, while the actual quality depends on quality of reception, interaction, thinking and discussion. The above screenshot captures the key aSAUD discussants who helped the session reach that level. 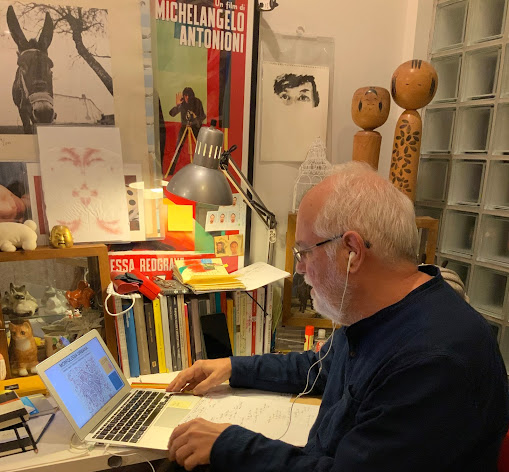 The keynote address by co+labo's Darko Radović has opened an intensive, online Symposium on Urban Morphology, which was held at  Sapienza, Universita di Roma, hosted by their (fittingly named) PhD Programme DRACo - Dotoratto di Ricerca in Archtettura e Costruzione. The Symposium explored "new scenarios, from the city of proximity to the city of sharing", starting from the list of key terms shared, smart, recycled, temporary, sustainable (see the details on the flyer, left).

Darko's keynote, entitled Japanese urbanity and urbanism: impossible parallels with the "West", introduced several fragments of his recent and current investigations of cultural difference as expressed in cities and urban life, starting from the arguments from "The strange idea of public" (published in Routledge Companion of Public Space, 2020), recent "Notes on (aesthetic) judgment in the times of globalisation" (International Aesthetic Association Yearbook, forthcoming) and "infraordinary Tokyo, the Right to the City?" (a+u shikenchiku, forthcoming). The opening was to stress all live in an increasingly homogenised world in which, due to proliferation and acceleration of all modes of communication, literally everything, from ideas to products, from people to viruses, almost everything instantaneously becomes global. Then a single but critical issue was tabled, the one directly related to radical globalisation – the importance of cross-communication capable to celebrate diversity and treasure the cultural Other - it attempted to point at dangers associated with an evident lack of such sensibility and, consequently, of the cultural diversity itself.

As early as 1967, in The Society of the Spectacle, Guy Debord has foreseen the dangers. He pointed out that “the modern spectacle was already in essence: the autocratic reign of the market economy which had acceded to an irresponsible sovereignty, and the totality of new techniques of government which accompanied this reign” (Debord). In 1988, not long before ending his own life, in Comments on the Society of the Spectacle the key Situationist has warned how “the spectacle has spread itself to the point where it […] permeates all reality. It was easy to predict in theory […] that the globalisation of the false was also the falsification of the globe” (ibid.). Since then, “a false ideological universality, which masks and legitimises a concrete politics of Western imperialism, military interventions and neo-colonialism” (Žižek), the irresponsible sovereignty of which has evolved into a fully-fledged reality. The perceived inevitability (ibid.) of the new, neoliberal version of the flat World needs to be confronted.

The real discussion has only started from there, leading to elaboration of the finest nuances of difference base in the thought of François Jullien and his expertise in Chinese (and, thus, Japanese) thought of relevance to urbanism and architecture. The bottom line for Darko is, of course, in agreement with Jullien - that in many situations, important Western or Eastern concepts simply fall among those “in which other cultures have shown hardly any interest, to the extent that often they do not even have name for it” (Jullien). Historically, the (narrowly defined) “West” used to impose its ways. The key point of the key-note address was that that should not be allowed to happen any more, not even in the spectacular guise of globalisation. In the context of Rome he reminded of Italian sociologist Franco Ferrarotti, who has wisely warned how, when facing irreducible complexities of the Other, it is better “not to understand, rather than to colour and imprison the object of analysis with conceptions that are, in the final analysis, preconceptions”. Such absences highlight the possibility, inevitability and the beauty of difference.

The ensuing discussion was chaired by Dr Luisa Bravo, the President of City, Space Architecture the co-founder of Journal of Public Space and a long-time co+labo associate. 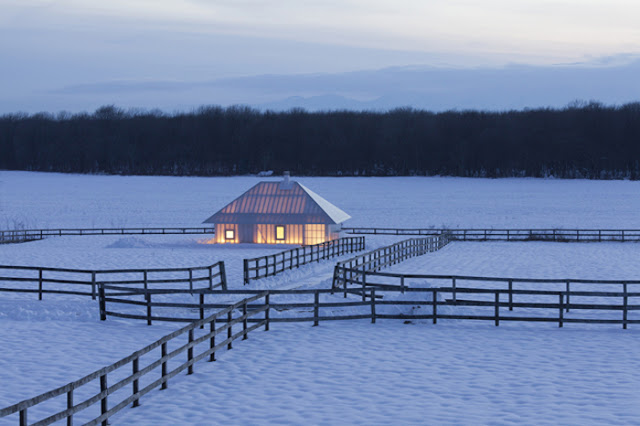 The KKAA DNA code in TAUD 2O2O lectures will continue with presentation of Takuomi Saikawa, former Kengo Kuma and Associates who has recently decided to establish his own office Takuomi Saikawa Architects, while staying in close contact with his previous office and colleagues. To TAUD Saikawa-san, who also generously contributed to co+labo over the years, will present precisely that transition. He points out how "architectural design usually begins with an analysis of the site and the client’s requirements, building type, programme ... However, long after the completion the site conditions will change, the original client will be not there anymore, the building program will also change… What will remain of that architecture?
My recent interests are the site geography and the structure design. Those two aspects do not change easily after the completion and are close to the nature’s blessing. They have the capacity to add special quality to the space."
In direct continuity with Meijo-san's lecture, Saikawa will present both some of his projects done with Kengo Kuma at KKAA (Nezu Museum, Tokyo and Memu Meadows Project, Taiki-cho; photo above) and Takuomi Saikawa and Associates' recent M- and I-Projects.
As Saikawa-san will present live, his lecture will be attended by Sano Satoshi, who will lead discussion and TAUD Q&A.
Posted by MIAW studio Radović at 6:30 PM 15 comments:

co+labo radovićTAUD 2O2O special lecture 2: Meijo Toshiki, Kengo Kuma & Associates
Some of the finest design produced by KKAA, famous for its excellence, bear signs of touch and quality of Mijo Toshiki, a KKAA architect of special talent and refined design sensibility. Associated with co+labo since its establishment, Meijo-san has, on a number of occasions, provided inputs to our activities, from guest lectures and involvement in design teaching, to joining co+labo symposia and parties. This year, he has also accepted to take part in the TAUD 2O2O Special Lecture series. In a brief summary of his lecture, Meijo-san explains how "boundaries always exist, in buildings or on larger, urban scale. Boundaries create multiple areas. Looking back at our work, we see how enthusiastic about creating such spaces we have always been. The theme of boundary was crucial to our two recently completed projects, in Tokyo and Minamisanriku.

At the Meiji Jingu Museum (above), the key issues were integration of the new building in a hundred years old Jingu Forest, minimising the impact of our project on the forest full of memories which our predecessors have wisely created, and the creation of the territory that will exist next 100 year. The arrangement of trees in the forest, and various buildings in the inner garden form soft boundaries, creating a continuous interlocking of inside-outside spaces with the forest. 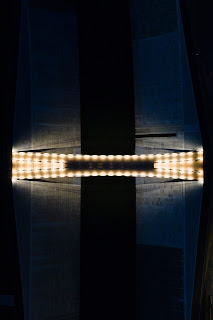 The main theme of the other project, the Minamisanriku Town Masterplan was creation of a new boundary to the area that was completely washed away by the Great East Japan Earthquake. Particularly important was the restoration of Nakahashi (left), a bridge which spans the Yawata River that runs through the centre of the town. This theme strongly defines the area which connects places beyond the boundaries of the river, and creates a new boundary. The bridge provides an unprecedented experience, a memorial space based on connection with the reconstructed park and two slabs that provide new movement opportunities to the town.

As an architect, I want to softly enclose spaces, and create a connected place. I feel that, by using the latest technology and incorporating historical character of the place its surroundings, the projects like Meiji Shrine Museum and Minamisanriku Nakahashi form a designed basis of good life."