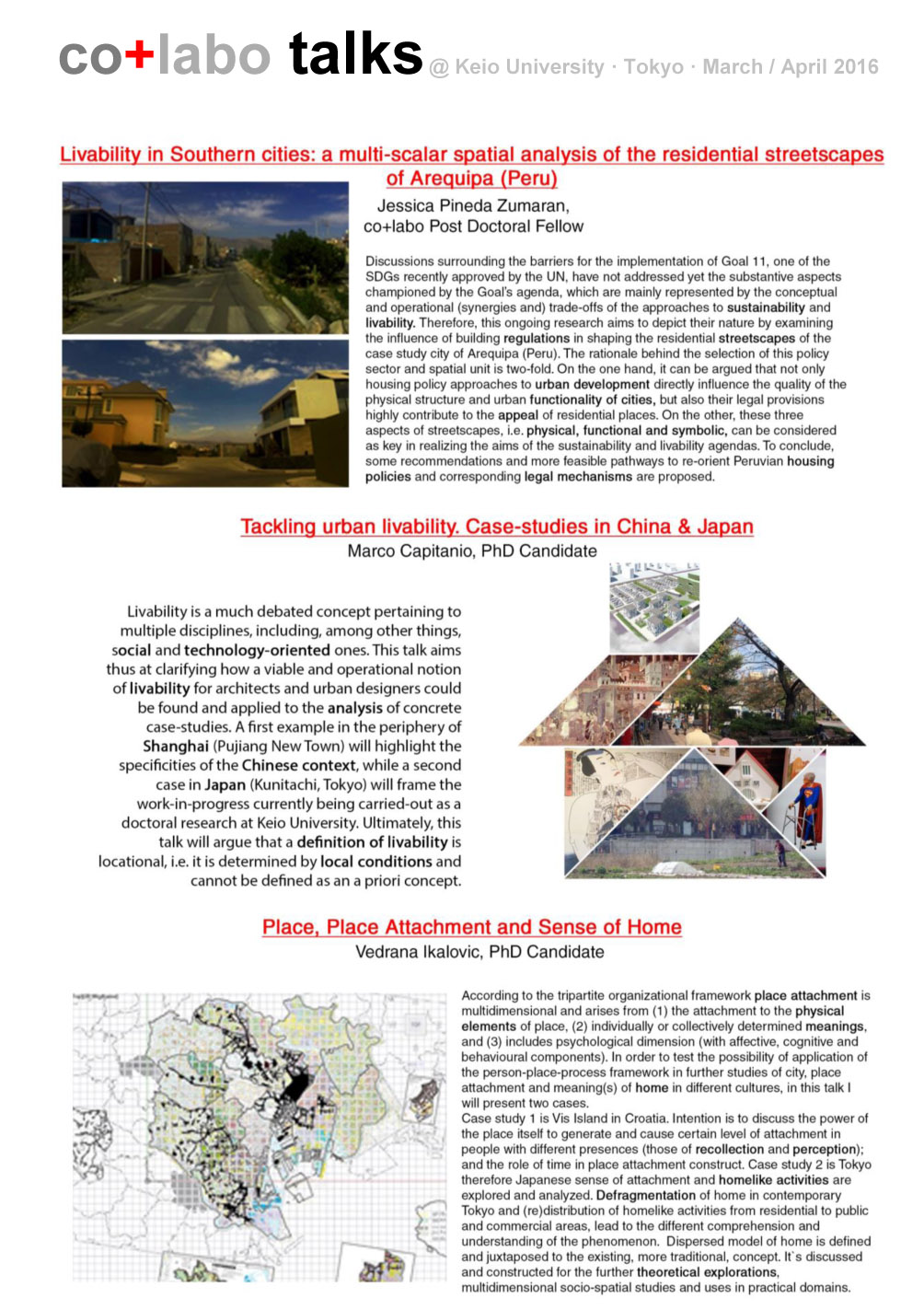 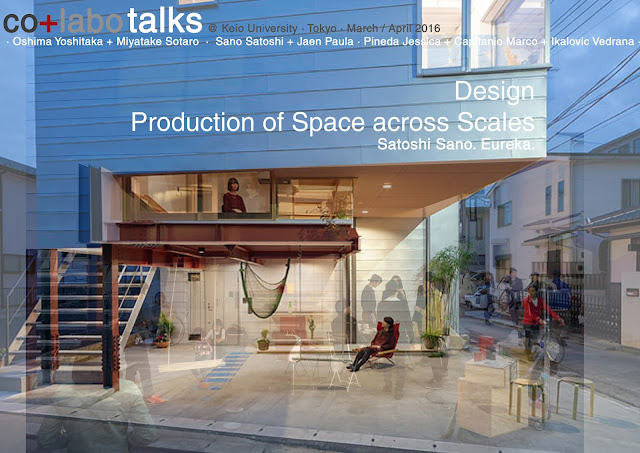 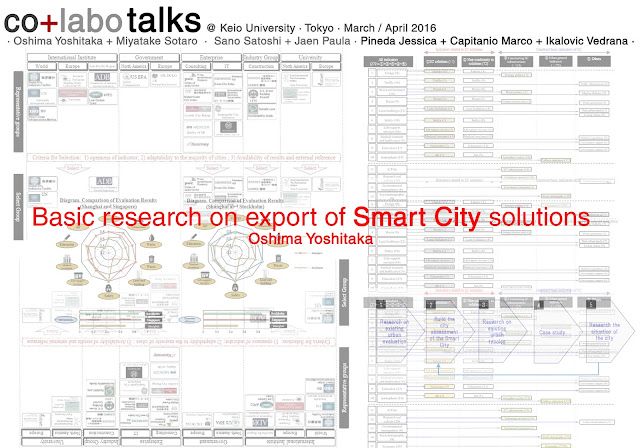 Email ThisBlogThis!Share to TwitterShare to FacebookShare to Pinterest
co+labo radović   co+labo in UPC-Keio collaborative project in Barcelona
This year, Darko was in charge of Keio Architecture Tour of Europe, which he conducted in collaboration with Professor Kohiyama. The trip included Barcelona and several Dutch cities. Visit to Barcelona offered great opportunity to further advance our discussions for collaboration with Universitat Politècnica de Catalunya and their rich architecture and urbanism programmes. The visit was organised by professors Helena Coch and Estanislau Roca, and masterfully managed by their assistants Glòria Serra, Jordi Oriol Serra, Miquel Marti and Inés Aquilué.
What an architect could say about the event which started with reception in the Mies van der Rohe's Barcelona Pavilion, with fine jazz concert and surrounded by a number of dear friends?! 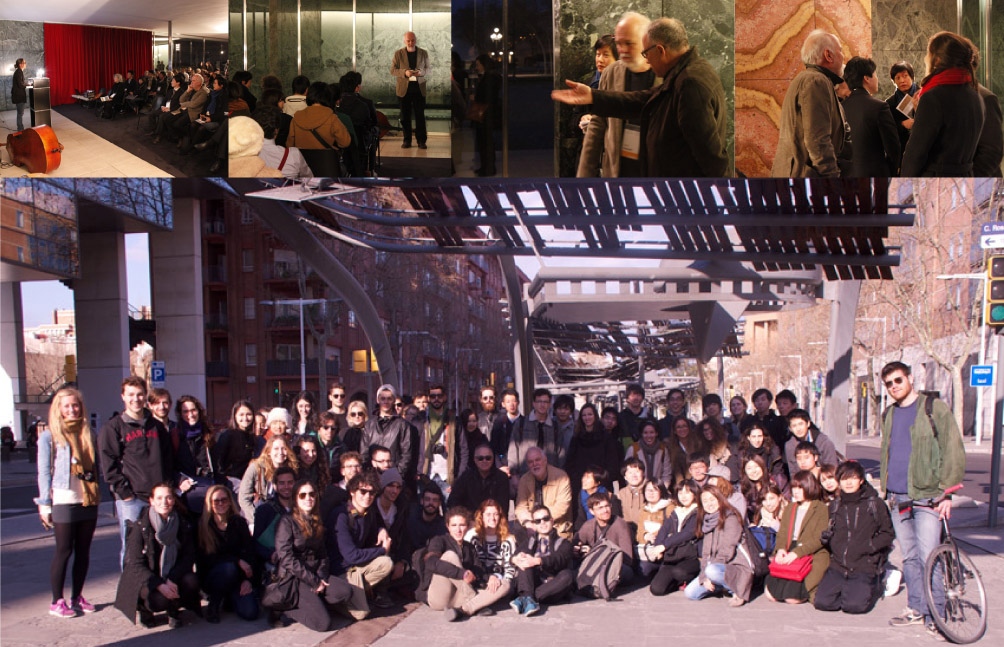 And ... what to say about  the proposal by colleagues from UPC to, in parallel to our Debordean dérive and wonderings through their fascinating city, have an intensive joint design workshop #FABRICs?

We accepted the idea, and enjoy the relaxed atmosphere of Barcelona in early spring, and the intensity of the workshop.
Architecture Tour of Europe is an undergraduate course. In 2016 the members included three new co+labo students, Morimoto Mei, Onishi Keitaro and Yamashita Yohei. Our workshop team was further strengthened by three co+labo Masters students - Ueno Wakataro (who has just completed his Masters degree), Akitaka Suzuki (who is doing his double degree at Politecnico di Milano), and Miyatake Sotaro (who was on his way back from Copenhagen and Gehl Architects to Tokyo). The workshop produced some interesting design proposals and, more importantly, helped students from UPC and Keio meet properly and establish good contacts, perhaps even the nuclei of some future friendships.
Discussions about future collaborative projects were happening on the sidelines, and we hope that they will get to the very centre of UPC and Keio agendas in the fields of architecture and urban design very soon.
Posted by MIAW studio Radović at 6:21 PM 2 comments:

Email ThisBlogThis!Share to TwitterShare to FacebookShare to Pinterest
co+labo radović  visit to Memu Meadows opens co+labo Barn House research activities in 2016
Since construction of the co+labo's Barn House at Memu Meadows, with generous support by LIXIL Foundation our laboratory conducts regular fieldwork and research sessions at that beautiful site in Hokkaido. In March, co+labo Masters students accompanied new undergraduates and international students, to conduct regular maintenance and monitoring activities and discuss work to be done in the forthcoming year. They also had the opportunity to see the latest of buildings, the Oslo School of Architecture and Design project Introverted House, soon after its completion. As always, the visit to Memu Meadows was a combination of fun and hard work ... 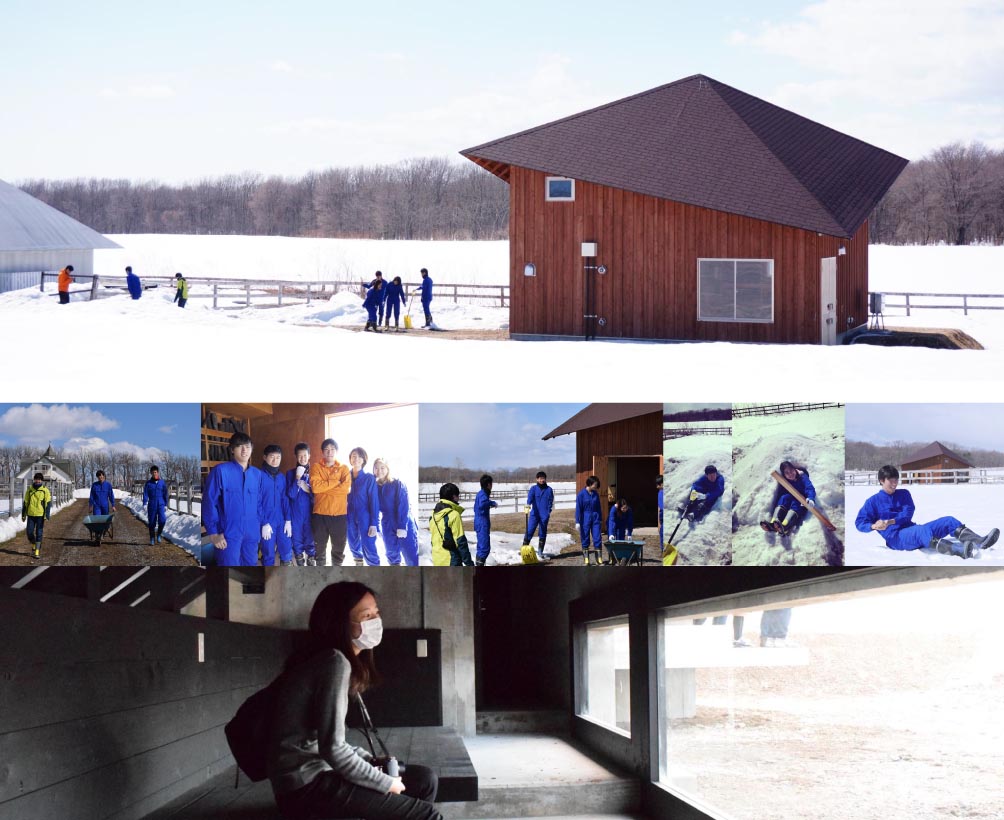