co+labo radović  co+labo in top 3% at the International Competition for Miyajimaguchi Area
co+labo team having been shortlisted to the top eight at the International Urban Planning Competition for Miyajimaguchi Area, co+labo has achieved one of its biggest successes. The competition, which focused at the future of Miyamiguchi, the community which connects the UNESCO Heritage Site of Itsukushima Shrine with the rest of Japan and the World, attracted more than 1,000 applicants, 230 of which have submitted their projects and managed to satisfy the competition requirements. The panel of experts, including Kakayuki Kishii, Tadao Ando and Mikako Ishikawa, has shortlisted eight projects, one of which was our proposal. As always, co+labo work was completed entirely by students. That is important to remember because this was not a student competition, but an international professional contest, in which young co+labo competed with some of the top expert teams.

On 17 October, the public Jury session was held at the Hatsukaichi Town Hall. The three winning schemes are Anetos, Kansai University and Nosigner and Pacific Consultants. Our selection to the top 3% is truly remarkable, especially in educational terms. co+labo, future architects and urbanists, firmly and uncompromisingly presented the potential of radical realism, praxis of eco-urbanity which is rooted in the principles of environmental and cultural responsibility and our strong belief in ethical urbanism, bottom-up approach to thinking, making and living the urban.

Parts of the co+labo proposal for the future of Miyajimaguchi 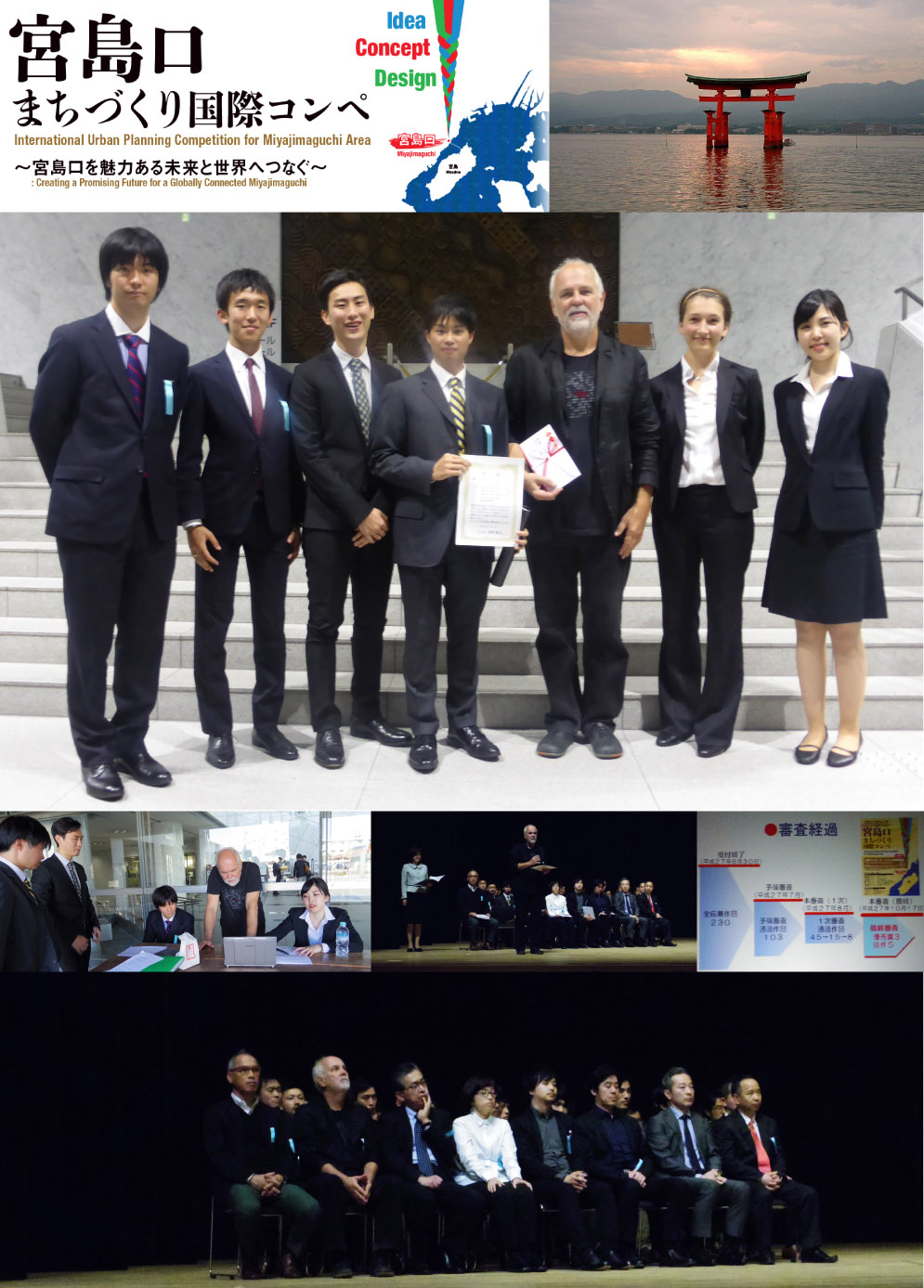 From presentation and ceremony at the Hatsukaichi Town Hall
Posted by MIAW studio Radović at 6:45 AM