The Split Case: density, intensity, resilience, edited by Darko Radović, Davisi Boontharm Ana Grgić and Kengo Kuma, Tokyo: IKI and flick Studio, a publication of our major IKI research project  Measuring the non-Measurable, which focuses on issues of urban density, intensity and public/private interface at architectural and urban scales has been just published by IKI and flick Studio (in collaboration with ichii Shoubou, Studio Seto and Tokyo Pistol). The book will first be available through Amazon.co.jp, and then in all major bookstores. 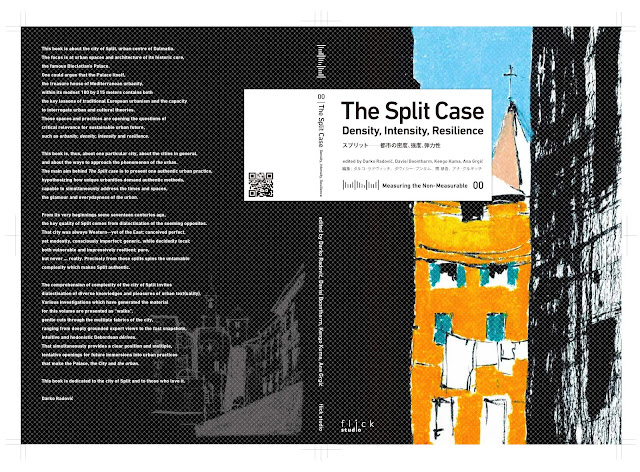 This is a book about the ancient city of Split in Croatia. It presents research of remarkable intensity and resilience of its urban core, which sustains and keeps on reinventing a unique urbanity, for nothing less than 1700 years. The Split Case brings together knowledge and lived experience of local authors, and curious and expert observations of the foreigners. In the form of a guidebook, inspired by Situationist dérive, it offers  three "walks" through Diocletian Palace. The first is the walk through history, guided by the best of local academics, deeply steeped into the vécu of their city. After that, a number of snapshots gathered during an intensive investigation of that space, recreate the walks conducted in only one of the 88,660 weeks in the history of Split. This multiple dérive  ends with some open-ended walks into the future, presented through an invitation into some of the most precious small spaces the Palace 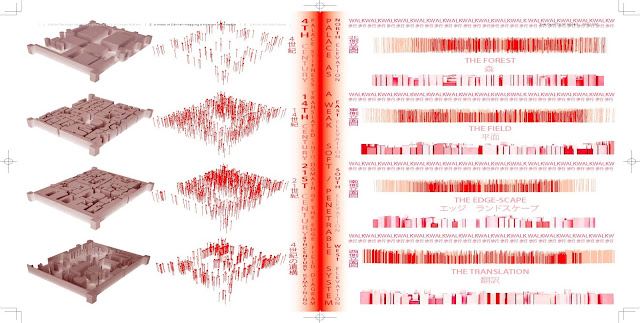 From the book (part of the visual essay The Charts of Edges, by Koncarevic et al.)