co+labo radović     a success of co+labo Graduates at  the Japanese student competitions
One of the "secrets" behind the globally recognised, undeniable excellence of Japanese architecture seems to be in a very broad and carefully nurtured culture of architecture in this society. That includes a very rich tradition of design competitions for students at all levels of studies of architecture and urban design. The most important competitions are at the end of the year, when recent graduates offer their work to judgement by the prestigious juries at several highly respected events. Only taking part in those contests matters. Being shortlisted, commended or receiving an award there often translates into a clear hint to the future employers and watchers of the emerging talents, a sign that a particular young person might be bringing something special to the scene of Japanese design.

co+labo supports efforts of its students to compare and compete with their colleagues from other schools and universities in Japan. During the demanding process of preparation, exhibition, selection and jury discussions, all of the participants learn. So far, co+labo students had a fair share of recognition in those arenas of excellence, both nationally and internationally. But 2016 was, probably, the best year so far. The 2016 generation of co+labo SD Graduates (our new Masters students) Onishi Keitaro, Yamashita Shohei, Takasu Yukie, Kobayashi Daisuke, Mikogami Mayuko and Morimoto Mei all took part in those demanding competitions, coming back with an excellent success.

Keitaro Onishi won the most prestigious accolades, pictured with Yamashita Shohei (above) and some of their awards.

Onishi-san's work, a moment of glory at the award ceremony (above) and his and Yamashita-san's projects (below).

Project by Mayuko Mikogami (above) which, after winning the Best Keio SD Graduation Design Project Award in 2016, received high recognition by an external competition jury, and a subtle design sensibility of Morimoto-san (below). 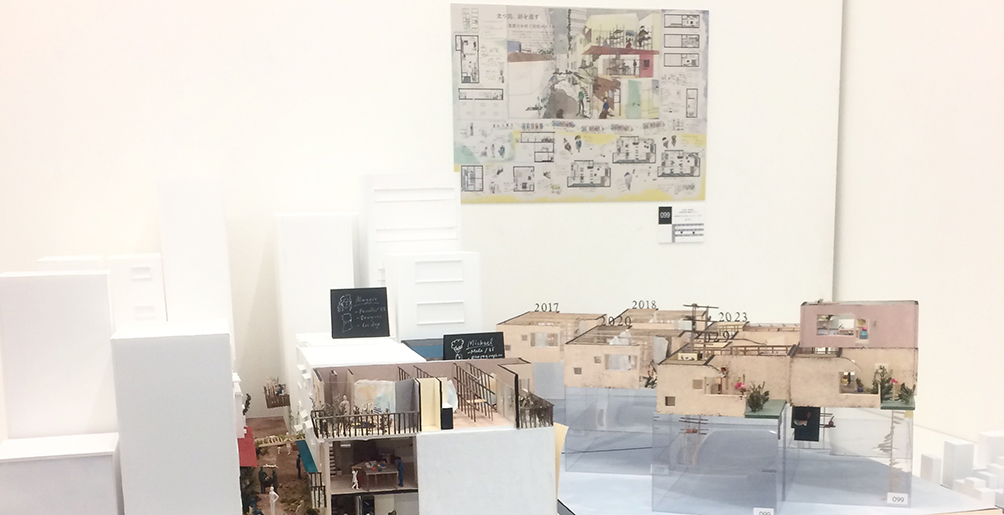