co+labo radović   Leonardo Chiesi and Alison Young open co+labo 2017 guest lecture series
Professors Alison Young (University of Melbourne) and Leonardo Chiesi (University of Florence) will be visiting co+labo this week, and open our series of guest lectures for the school year 2017.
Leonardo returns to co+labo for the third time, now as a Visiting Professor at Keio University, to engage with current research projects in our laboratory. His two weeks long visit includes seminars, workshops, fieldwork sessions and an open lecture (scheduled for 24 April; details will be announced on this blog).

Alison has kindly accepted to spend some of her time in Tokyo with us, and address co+labo research group and students on Tuesday, 18 April, presenting her work On Precariousness, Public Cultures, and the ‘Open City'. 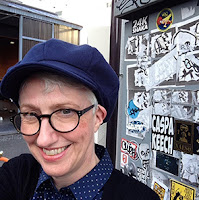 Alison Young is the Francine V. McNiff Professor of Criminology in the School of Social and Political Sciences at the University of Melbourne. She is the author of Street Art World (2016), Street Art, Public City (2014), The Scene of Violence (2010), Street/Studio (2010), Judging the Image (2005) and Imagining Crime (1996), as well as numerous articles on the intersections of law, crime, and the image. Alison is the founder of the Urban Environments Research Network, and is currently developing a study of crime and neighbourhood change in Australia and Japan. At the University Melbourne, she is a member of the Research Unit in Public Cultures, an interdisciplinary group of academics, artists, policymakers and urban designers interested in communicative cities, mobility, networked cultures, and public space. 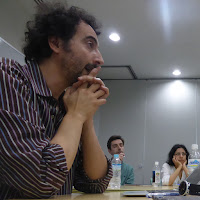 Leonardo Chiesi is an Associate Professor at University of Florence and a Visiting Professor at UC Berkeley. He specializes in ambiental and territorial sociology, which he teaches at the School of Architecture, University of Florence. His research introduces social methods into investigations of quality of architecture and planning, and has been involved in a number of architectural design and city planning projects, expanding an interest in the subjects of local identity, community processes and participation methods. Professor Chiesi wrote books on the construction of scientific discourse (Retorica nella scienza. Come la scienza costruisce i suoi argomenti anche al di là della logica, 2009) and on the relationship between social sciences, architecture and planning (Il doppio spazio dell’architettura. Ricerca sociologica e progettazione, 2010).
Posted by MIAW studio Radović at 9:40 AM