co+labo radović    Darko's Panegyric to Kengo Kuma, recipient of the Purple Medal of Honour
In response to the announcement that Kengo Kuma received one of the highest recognitions of excellence in Japan, the Purple Medal of Honour for 2019, I was asked to write a very brief appraisal of his many achievements. It was my great pleasure to write the following text (which can also be found at the University of Tokyo web site). Warm co+labo congratulations!


A Panegyric for Kengo Kuma: 褒章 - The Purple Ribbon Medal of Honour Laureate 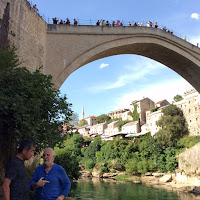 Architectural and urban design projects of Kengo Kuma made him one of the most prominent architects of the last decades of the 20th and first decades of the 21st century. The body of his work, spread across the world, speaks on its own, both in terms of quality and quantity of the achievement. Here I focus on his equally significant contribution to education, seen as both production and dissemination of knowledge.
George Bernard Shaw’s witty phrase “Those who can, do; those who can't, teach”, caused both laughter and abuse. But it also points at an unfortunate, deeply entrenched and damaging reality – unsustainable separation of theory and practice, production of ideas and, in the case of architecture, production of space. The most desirable and the most difficult way out from that unproductive binary opposition would be dialectical synthesis between the two. In my opinion, precisely that quality defines the less recognised, unique ability of the professor and architect Kengo Kuma – his capacity of creative synthesis, in whichever communication medium, spatial scale, or physical material he operates. His intellect seamlessly combines sensuality and knowledge, cultural rootedness and innovation, architecture as pragmatic production of space and architecture as a dream. That translates into the passion of thinking, teaching and making architecture.
Holistic thinking does not recognise specialist compartmentalisation and fragmentation of knowledge. It does not fit into any of predefined frameworks, but keeps on imagining, defining and producing new modes of communication. Professor Kengo Kuma delivers his excellent lectures at the University of Tokyo and globally; he passionately teaches design studios and ventures into various academic fieldwork and workshop exercises. But his educational impact is far from limited to those, exciting but still specifically academic modes of production, sharing and advancement of knowledge. His realised projects embody and communicate the above mentioned passion, brave innovation and restlessness of mind which seeks and finds expressions of the core quality of architecture, a desire to, in some way, create better world. Kuma’s projects educate across the levels of his many skills and strengths – via contextual explorations, spatial innovations, brave exercises in materiality, sensuality, eloquently imagined and constructed challenges to both traditionalism and anti-traditionalism. Elaboration of any of those themes would demand a long essay, which would still not communicate the main educational message of his work – that of the power of real architectural space, as simultaneously conceived, perceived and lived, the importance of being there.
Posted by MIAW studio Radović at 8:44 AM